Financial Commissioner (additional chief secretary) Of Jammu and Kashmir, Finance Department Atal Dulloo has issued guidelines in a three-page order addressed to the government departments and autonomous bodies funded by the government and have further instructed the administrative secretaries to ensure compliance with the measures.

2021-12-07T17:14:28+05:30 Jammu and Kashmir Administration Sets Forth Austerity Measures For The Promotion Of Fiscal Discipline 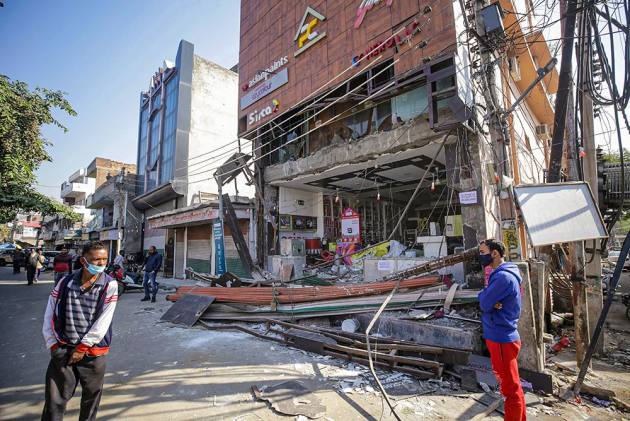 Detailed austerity measures have been laid down by the Jammu and Kashmir administration to promote fiscal discipline and ensure a balanced pace of expenditure without restricting operational efficiency.

Dulloo said it is also considered desirable that in the last month of the current financial year, payments may be made only for the goods and services procured and for reimbursement of expenditure already incurred.

“Hence, no amount should be released in advance (in the last month) with the exception of the following: Advance payments to contractors under terms of duly executed contracts so that Government would not renege on its legal or contractual obligations, any loans or advances to Government servants or private individuals as a measure of relief and rehabilitation as per service conditions or on compassionate grounds and any other exceptional case with the approval of the finance department,” the order said.

The Financial Commissioner said the rush of expenditure on procurement should be avoided during the last month of the current financial year to ensure that all procedures are complied with and there is no infructuous or wasteful expenditure.

A 10 per cent economy cut is imposed on Leave Travel Concessions, Telephone, Research and Survey and hospitality and sumptuary, fuel and other expenses out of the budget estimate 2021-22, he added.

Dulloo said a 10 per cent economic cut is imposed on the conduct of camps and seminars out of the Budget Estimates 2021-22. However, the order said the purchase of new vehicles to meet the operational requirement is permitted, but only against condemnation as a replacement measure.

“Domestic and International Travel expenditure should be regulated so as to ensure that each department remains within the allocated budget. Re-appropriation/augmentation proposals on this account will not be entertained,” according to the order.

It said international travel would not be allowed unless specific permission is granted by the finance department. “Within the country, the officers should travel only by economy class regardless of entitlement. The facility of video conferencing may be used effectively and travel for the purpose of attending meetings should be avoided to the extent possible,” the order noted. In all cases of air travel, the order said the lowest air fare ticket available for the entitled class shall be availed.

Dulloo said a 10 per cent economy cut is imposed on the travel expenses out of the Budget Estimates 2021-22. As per the order, no furniture would be procured out of the available funds, except in the case of newly established offices with the concurrence of the finance department. “There shall be a complete ban on holding of official dinners and lunches, except those hosted by the Chief Secretary and Lieutenant Governor or with specific approval of the Lieutenant Governor,” the order noted.

Dulloo  further mentioned that, no fresh financial commitments would be made on items, which are not provided for in the approved budget of 2021.