"Our investigation is in progress, which is suggesting that there was terrorist and terror network around him, supporting him. We will see who is involved to what extent. That will be shared at the right time." 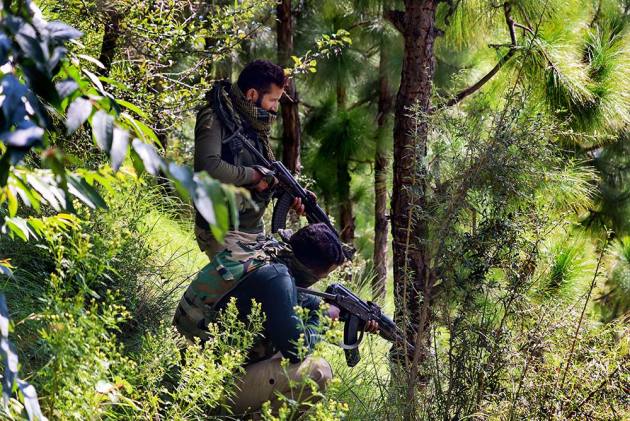 On Thursday night, Jammu and Kashmir police chief Dilbag Singh said the ongoing investigation into the Hyderpora encounter suggests the militants were supported by a network in carrying out terror activities.

A special investigation team has been constituted by the zonal police. According to reports, there are strong pieces of evidence available in this case that will be shared with the authorities concerned very soon, he told reporters here. Former Jammu and Kashmir chief minister Mehbooba Mufti had on Sunday claimed that no militant was killed in the Hyderpora encounter.

According to the police, Mohammad Amir of Famrote village in Ramban was a militant and was killed along with his Pakistani accomplice in the encounter in Hyderpora, where an illegal call centre and a terror hideout were allegedly being run.

Two civilians -- Altaf Bhat and Mudassir Gul -- were also killed in the firing, triggering an angry reaction from their family who claimed they were innocent and not "terror associates" as claimed by the police. After the bodies Baht and Gul were returned to their families, the chorus for handing over the mortal remains of Amir grew louder.

On Sunday Mufti alleged, "They (police) say there was a militant. Where is the militant killed? Where is his photo? We believe there was no militant and three civilians were killed and after that, they were declared as OGW (over-ground worker)," she said during a protest march against the Hyderpora incident. She said people no longer seek justice but ask only for bodies.

Replying to reporters' question over Mufti's allegation, the Jammu and Kashmir Director General of Police said, "Our investigation is in progress, which is suggesting that there was terrorist and terror network around him, supporting him. We will see who is involved to what extent. That will be shared at the right time."

Elaborating his point, DGP said someone is providing a hiding space to a foreign terrorist in his premises and a terrorist with a weapon is moving around in the city and picking up targets. "Somebody from those so-called innocent civilians is taking him on a recce on a motorcycle picking up targets and you say he was innocent," Singh said.

"How innocent he is or was, would be subsequently proven when the investigation makes further progress. The is a foreign terrorist -- a Pakistan terrorist -- who was moving in the city with a weapon is responsible for shooting a policeman, who has recognised him from close range," the DGP said.