Thou Shall Not Tweet, Post Status That Are Political: J&k Govt Issues Social Media Commandments For Employees 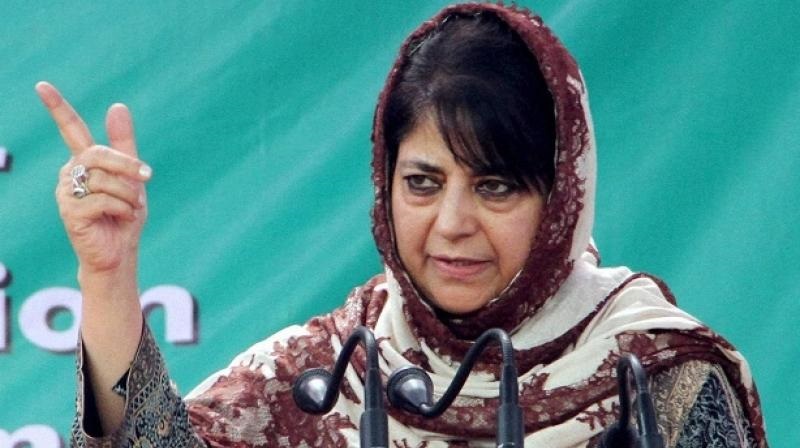 The Jammu and Kashmir government on Tuesday issued detailed guidelines, spread over 16 pages, titled “Social Media Usage Policy for Government Employees” giving directions to its over 4.50 lakh employees how to behave on the social media.

It goes on to say that the employees should take care in selecting the app to download as many have been found carrying malicious software. "Some of the malware are designed to reveal the user's private information to a third party, replicate itself on other devices and destroy user data. Also, the apps require a certain level of user permission. Therefore, it should be made sure that the employee knows what the app is viewing and sharing before agreeing to the terms," it adds.

"The Government employees shall not use their personal social media accounts for any political activity or endorsing the posts or tweets or blogs of any political figure," it says.

The comprehensive guidelines have been issued by the General Administrative Department headed by Chief Minister Mehbooba Mufti.

It says the policy aims at providing guidance on the correct use of social media by government employees to check on information flow on the social media that employees share with others which happens in a contemporaneous manner.

It has explained social media as social networking sites such as Facebook or microblogging sites such as Twitter. “However, very broadly, social media shall include any web or mobile-based platform that enables an individual or agency to communicate interactively and enables the exchange of user-generated content”, the policy says.

“Employees should not engage in discussion on the social media by way of tweets, status updates, posts or blogs which are political in nature or on contentious issues that are violative of the applicable Conduct Rules. Employees must not post, update, share or promote any status or post that may be contentious or have the potential to create governance or law and order issues or are seen to propagate anything which is anti-social, anti-national or illegal”, the guidelines read.

“Employees should take care not to engage in any activity on social media that they otherwise would not be permitted to engage in f their identity was known. The applicable rules and standards of conduct apply equally whether an employee uses social media anonymously (or using a pseudonym) or while being properly identified”, it says.

It has, however, also asked employees to show good behaviour. It says all employees on social media need to exhibit decent and reasonable behaviour and must not be part of trolling on social media to sow discord on the internet by starting arguments or upsetting people, by posting inflammatory, extraneous or off-topic messages in an online community (such as a newsgroup, forum, chat room, or blog) with the intent of provoking readers into an emotional response or of otherwise disrupting normal, on-topic discussion.

However, it said a government employee may, for the purpose of removing “misapprehensions, correcting misstatements, and refuting disloyal and seditious propaganda, defend and explain to the public the policy of Government in his posts and tweets on social media.”

The government has said any violation of the conduct rules can be punished and the violation can lead to censure, fine not exceeding one month's pay, withholding of increments and/or promotion, reduction to a lower post and/or a lower time-scale and/or to a lower stage in time-scale, recovery from pay of the whole or part of any pecuniary loss caused to Government by negligence or breach of orders, premature retirement, removal from the service of the State, dismissal from services from future employment.

The government has warned that it will monitor the social media to track violations of the guidelines and will maintain official records of violations that contain certain data related to social media activity of Government employees.