While delivering a lecture at the department of political science on Thursday, Prof Mohammad Tajuddin allegedly made the reference. 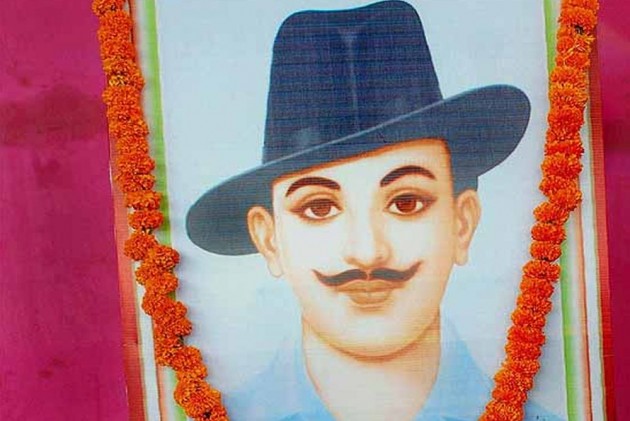 Jammu University's professor courted controversy by allegedly referring to freedom fighter Bhagat Singh as a "terrorist", prompting authorities to set up a panel to probe the matter.

While delivering a lecture at the department of political science on Thursday, Prof Mohammad Tajuddin allegedly made the reference.

Soon after students took up the matter with the vice chancellor.

“Some students of the political science department met the Vice Chancellor on Thursday evening and told him about the incident. They submitted a CD as a proof", Spokesperson of Jammu University, Dr Vinay Thusoo told PTI.

"Following a complaint by some students against Prof Tajuddin on Thursday, the University on the same day constituted an Inquiry Committee, which is headed by Dean Academic Affairs of the University, Prof Keshiv Sharma", Dr Thusoo said.

He said the committee has been asked to submit its report within 7 days.

"Prof Tajuddin has been disassociated from teaching in the University with immediate effect till further orders", Dr Thusoo said.

The matter triggered protests from students who demanded that the Professor be suspended from the university.

Prof Tajuddin said his remarks were taken out of context and a 25-second clip was made from his two-hour lecture.

Talking to reporters, Prof Tajuddin said he was talking about Lenin (Russian revolutionary) in the lecture and in that context, mentioned that the state calls any violence against it as "terrorism".

"Someone took a 25-second video out of my 2-hour lecture. Terrorist word came in that. It was not what I meant. Still, if anyone is hurt, I am really sorry for it,” he said.

“I also consider Bhagat Singh as a revolutionary. He is one of the people who sacrificed his life for the country,” he said, adding that he did not intend to hurt anyone's feelings and apologised.

“I had no intention to demean the personality of Bhagat Singh or for that matter hurt anyone's feelings. If it has happened, I am sorry,” he said in his defence.