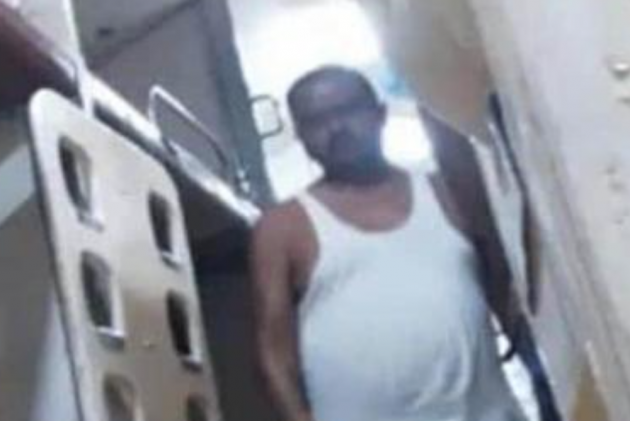 A controversial Janata Dal-United legislator, who was found roaming in his undergarments on a Patna-to-Delhi train, has been a claimant to a ministerial berth for long in Bihar, even though his vociferous demands to be inducted in the council of ministry have failed to move Chief minister Nitish Kumar so far.

Narendra Kumar Neeraj, better known as Gopal Mandal, kicked up yet another controversy when some passengers of Tejas-Rajdhani Express objected to him moving around in just a vest and underwear despite the presence of women in the compartment. Subsequently, he is alleged to have created a ruckus, leading to the intervention of RPF personnel.

The Gopalpur MLA has since offered an explanation for being seen in such a state. He says that he was wearing only the undergarments because he had an upset stomach during the journey. “I had to rush to the toilet,” he said later.

Mandal, a JD-U strongman who has won assembly elections four times in a row, has been no stranger to such controversies over the years. In May this year, a case was lodged against him in Naugachia after he was charged with removing the bamboo barricading in a containment zone during the lockdown. At that time also, he explained that he had to remove the barricade on his own because he was 'hungry and also had to rush to the toilet'.

Mandal has been known for making such statements. Ever since the last assembly polls, he has also been pressing the JD-U top brass to induct him in the Nitish ministry. He claims that he is a top leader of the extremely backward castes from the entire North Bihar.

When he was not given any ministerial berth after he won the November 2020 assembly elections, he had predicted that the Nitish Kumar government would fall in six months and a new government under RJD leader Tejashwi Prasad Yadav’s leadership would be formed in the state. Needless to say, he retracted his statement soon thereafter.

Nonetheless, Mandal remains hopeful that he will be a minister, sooner or later, since the Chief minister has kept some portfolios with himself.

Interestingly, he says he will stop making controversial remarks once he becomes a minister. “I have been winning assembly elections for the last four times and I should be a minister,” he told reporters recently. “Once I am given the responsibilities of a minister, I will keep my remarks in check.”

Recently, he had created a flutter when he spoke against BJP’s deputy chief minister Tarkishore Prasad during the latter’s Bhagalpur visit. Accusing Prasad of meeting the LJP workers instead of the leaders of NDA, he said that the deputy CM “acts like a tax collecting officer and collects money from shop owners”. “The matter should be inquired. He must resign from his position,” he said.

When the controversy snowballed, he did a quick U-turn by saying that he had no complaints whatsoever against Prasad and he had met him to settle the issue. He was apparently miffed that he had no prior information of Prasad’s visit to Bhagalpur.

He was also in the news earlier this year when a video went viral wherein he claimed that he had ensured the defeat of the “arrogant” BJP candidate from Bhagalpur in the last assembly elections. The BJP is an ally of JD-U in the coalition government in Bihar.

Mandal was also involved in a reported scuffle with the villagers in Banka, where he was reportedly held hostage over an alleged land dispute. At that time, he told local reporters that “he always carries a revolver and would kill anyone if need be”.