Bhat didn’t cause public disorder, the constitution of India doesn’t restrict the right to offend, and it isn’t illegal to mimic or parody people. 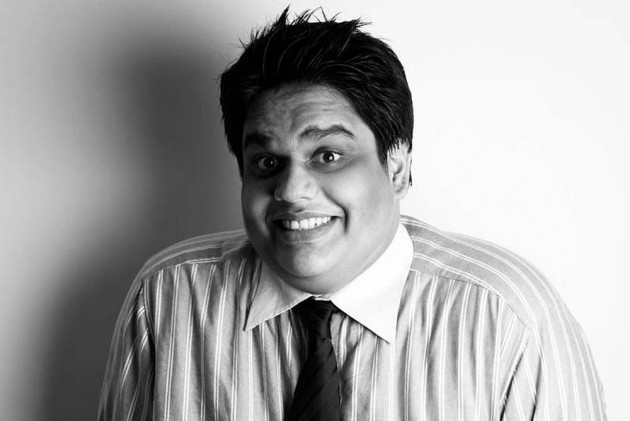 We’re in a country where everything you say will offend at least someone, somewhere. We need to start thinking more seriously about the right to offend.

Tanmay Bhat, the co-founder of comedy troupe All India Bakchod, posted a Snapchat video mimicking singer Lata Mangeshkar and former Cricketer Sachin Tendulkar. Bhat used a Snapchat feature which allows him to morph his face with theirs, which any Snapchat user can do. Since then, this has spiralled into what appears to be a national outrage, with news channels and political mobs whipping up public sentiment against the parody and mimicry. Political parties have filed a First Information Report (FIR) with the Mumbai police, and have probably planned a few days of outrage. The police has asked for the video to be taken down. A few points:

1. Reminiscent of 66A, but what will the police do? Did Bhat cause the public disorder? A few years ago, two girls in a town called Palghar were arrested for questioning the need for a holiday after a politician died. Public pressure forced the police to put them in jail, charged under Section 66A. Section 66A was declared unconstitutional by the Supreme Court of India, a year ago, so the police can’t charge Bhat under that rule any more. It’s likely that they’ll find provisions in the IPC or the CRPC, related to public order, and charge Bhat. However, Bhat isn’t responsible for the public disorder: the political parties are, the mobs are, perhaps even some news channels are. The people creating public disorder aren’t the ones posting a parody video.

2. On what grounds can offensive speech be restricted? Just because you found something offensive, can it be removed? The Supreme Court judgment on Section 66A interprets restrictions on free speech (read it here), and when they are applicable. This answers the question about the right to offend:

This leads us to a discussion of what is the content of the expression “freedom of speech and expression”. There are three concepts which are fundamental in understanding the reach of this most basic of human rights. The first is discussion, the second is advocacy, and the third is incitement. Mere discussion or even advocacy of a particular cause howsoever unpopular is at the heart of Article 19(1)(a). It is only when such discussion or advocacy reaches the level of incitement that Article 19(2) kicks in. It is at this stage that a law may be made curtailing the speech or expression that leads inexorably to or tends to cause public disorder or tends to cause or tends to affect the sovereignty & integrity of India, the security of the State, friendly relations with foreign States, etc.”

In fact, the Mumbai Police’s action may be unconstitutional. From the 66A judgment from the Supreme Court:

Written words may be sent that may be purely in the realm of “discussion” or “advocacy” of a “particular point of view”. Further, the mere causing of annoyance, inconvenience, danger etc., or being grossly offensive or having a menacing character are not offences under the Penal Code at all. They may be ingredients of certain offences under the Penal Code but are not offences in themselves.

As the Supreme Court points out, being grossly offensive is not an offence under the Indian Penal Code.

3. Is it illegal to mimic or parody people? Since there can’t be a problem with the right to offend, is there a problem with mimicry or parody? While not exactly the same, some hints are available in the Tata Sons vs Greenpeace case (read it here) about the right to parody. Some observations from the court, excerpted here:

– On the motivation of parody being irrelevant: “Parodists may then have varying motivations for their artistic work; some hope to entertain, while others engage in social commentary, and finally others may have duplicitous commercial aspirations.” “The mere fact that the expressive activity has a commercial element should not be determinative itself.”

– On whether a parody that is unsavoury should be stopped by courts: “Then there is the more vexed question of whether the fact that the parody is deemed unsavoury should deprive it of any serious degree of free speech protection.” “At the same time it has frequently been emphasised that the courts should be extremely reluctant to evaluate a parody on the basis of whether they consider it to be funny or feeble.” “The Court cannot also sit in value judgment over the medium (of expression) chosen by the defendant since in a democracy, speech can include forms such as caricature, lampoon, mime parody and other manifestations of wit.” “The Court cannot anoint itself as a literary critic, to judge the efficacy of use of such medium, nor can it don the robes of a censor. It merely patrols the boundaries of free speech, and in exceptional cases, issues injunctions by applying Bonnard principle.”

So, Mimicry and Parody are a legitimate form free expression and art, and whether it is disgusting or funny lies in the eyes of the beholder.

6. Failure of the state to protect free speech: Bhat’s freedom of speech shouldn’t be curtailed because of the state’s inability to maintain law and order. The filing of the FIR, and fact that the Mumbai police are trying to get the video taken down means that the Maharashtra government is unable to, or doesn’t care about maintaining constitutionality. The situation reflects poorly on the Maharashtra government and the Mumbai police, and was explained by Supreme Court in the Rangarajan vs Jagjivan Ram case:

Thanks for pointing this out, Gautam Bhatia.

5. The Chilling Effect this will have on parody: To recap: Bhat didn’t cause public disorder, the constitution of India doesn’t restrict the right to offend, it isn’t illegal to mimic or parody people, and it is the duty of the state to protect free speech. But what kind of an effect does this action from the police have?

We haven’t had an AIB Roast since an FIR was filed for the last one. I doubt we’ll see another mimicry video from Bhat for a while. What this FIR will do is prevent other folks from parodying famous people. We’ve seen many filmstars come out in support of Lata Mangeshkar. What motivates them is beyond me, because they face such instances themselves often, and should hardly be the ones supporting mobs against other artists.

If mimicry is unsavoury, don’t watch it. It’s a personal choice. Others might want to see people brought down from their pedestals as a form of social commentary. To that extent, is making fun of Tendulkar’s abysmal parliamentary record and Lata Mangeshkar for trying to prevent a flyover from being constructed on Peddar Road near her home also out of bounds now?

There was a time in India when there were protests of the use of the word “Sexy” in a song, and forced the producers to change the word to “Baby”; The list of songs which have offended professional protesters is long is probably longer than this one.

The role of an artist in society is to challenge conventions and make us see the world in a different light, to give us a broader perspective, to at times offend us by ridiculing holy cows and social conventions to help us realize that everyone is human, and there are no heroes.

The sooner we realize that such protests are not about protecting your icons, pride or national interest, and just about politics, the better.

Another reminder: We’re in a country where everything you say will offend at least someone, somewhere. One of these days, they’ll come for you.

This article by Nikhil Pahwa was first published in Medianama.