Prices of other Jeep and Fiat vehicles that fall under SUV, mid-size and luxury car categories have also been increased 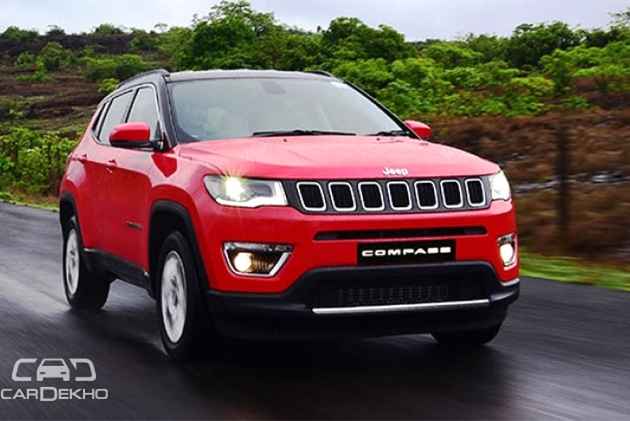 Jeep’s most affordable and best-selling model in India, the Compass, just got more expensive. The recent revision in cess rates for SUVs, mid-size and luxury cars has resulted in an increase in the ex-showroom price of the most affordable variant of the petrol-powered Compass by Rs 21,000 going up to Rs 72,000 for the most expensive diesel variant. The pre- and post-GST cess hike prices of the Jeep Compass are as follows: The GST Council has raised the cess over GST for SUV segment by 7 per cent, making it the highest taxed passenger vehicle category at 50 per cent now. For mid-size cars, the hike in cess is 2 per cent, and for luxury cars, it is 5 per cent.

The price differential post cess hike for the Compass clarifies that its petrol variants fall under the mid-size car category while the diesel variants belong to the luxury car category. It also means that the Compass’ ground clearance is less than 170mm, otherwise its diesel variants would have fallen under SUV category. Going by SIAM’s rule book, a vehicle falls under the SUV category if it ticks the following three conditions:

The petrol Compass draws power from a 1368cc engine while the diesel Compass gets a 1956cc engine. Interested to know more about the Compass?

The prices of other Fiat and Jeep vehicles have also been increased. The hike in prices of Fiat vehicles ranges from Rs 9,000 to Rs 14,000, while that of the CBU Jeep SUVs is between Rs 2.75 lakh and Rs 6.40 lakh.