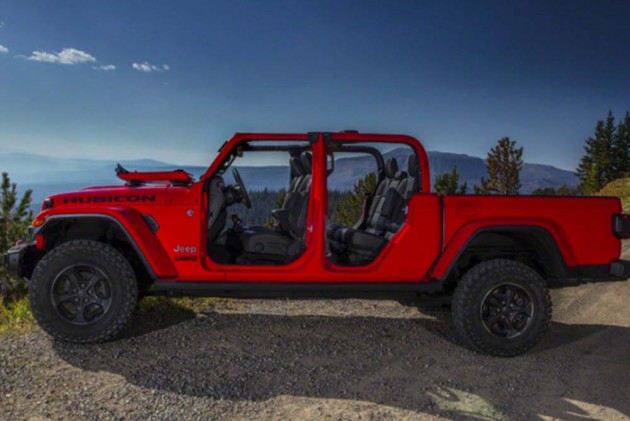 Jeep has finally taken the wraps off its much awaited big and burly pick-up truck, christened the Gladiator. Based on the current-gen Wrangler, the all-new Gladiator is a behemoth on four wheels.

Last time Jeep built a midsize pick-up truck was back in 1992 when the last Comanche pick-up was sold. The all-new Gladiator gets a Wrangler cabin and a five-foot steel bed which has up to 1,600 pounds (726 Kg) of payload capacity. The crew cab configuration features a durable bed with covered external power source and strong integrated tie-downs, providing flexible cargo options. Also, Jeep says that the Gladiator has the best-in-class towing capacity of 650 pounds (3,469 Kg). 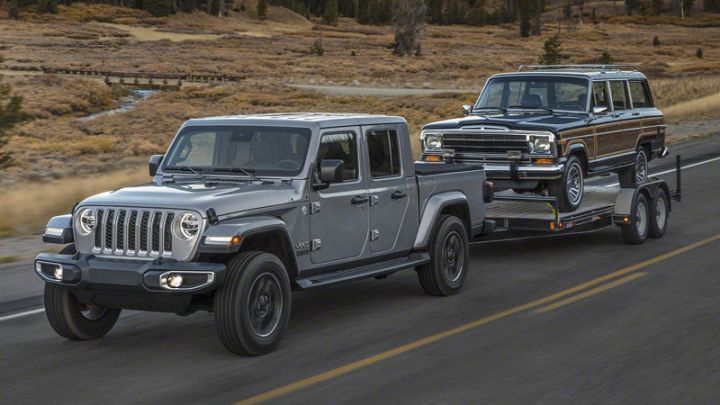 Not only does the new Gladiator get a crew cab seating, it gets a removable roof, a folding windshield and even removable doors, to tackle both on and off-road conditions. Being a Jeep, the Gladiator gets the best equipment for some spirited off-roading such as the Command-Trac and Rock-Trac 4x4 systems, third-generation Dana 44 axles, Tru-Lock electric front- and rear-axle lockers, Trac-Lok limited-slip differential, a segment-exclusive electronic sway-bar disconnect for extra articulation and traction at all ends, and a ground clearance of nearly 282mm!

Under the hood, the Gladiator will come standard with Jeep’s very own 3.6-litre V6 petrol engine that churns out 289PS and 352Nm of torque, paired to either a 6-speed manual or an 8-speed automatic transmission. A 3.0-litre EcoDiesel V6 that makes 240PS and 570Nm of torque, paired with an eight-speed automatic transmission, will also be available in 2020. 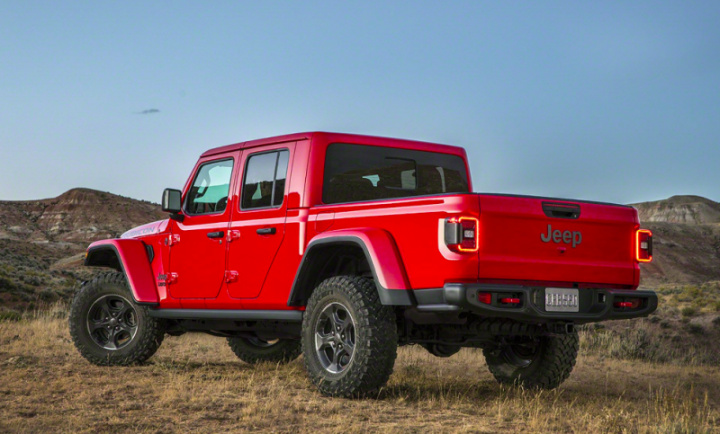 The Gladiator will be offered in three trims, Sport, Overland and Rubicon. While four-wheel drive with a part-time, two-speed transfer case will come as standard, the Gladiator Rubicon trim will come fitted with 33-inch all-terrain tyres wrapped around 17-inch alloy wheels. It will also feature the wider Dana 44 axles with electronic differential locks. 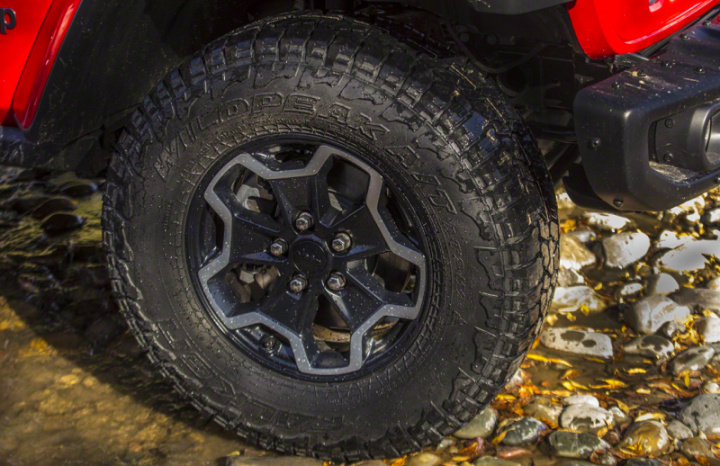 On the inside, the Gladiator gets a host of creature comforts. The room inside the cabin is pretty similar to that of the Wrangler. However, the seat bases fold up to reveal a pair of storage pockets. The seats also fold flat and there is another storage area between the rear of the cab and the seats.

The Gladiator comes with a 7.0-inch LED information display and another 8.4-inch infotainment touchscreen equipped with smartphone connectivity, along with Android Auto and Apple CarPlay. 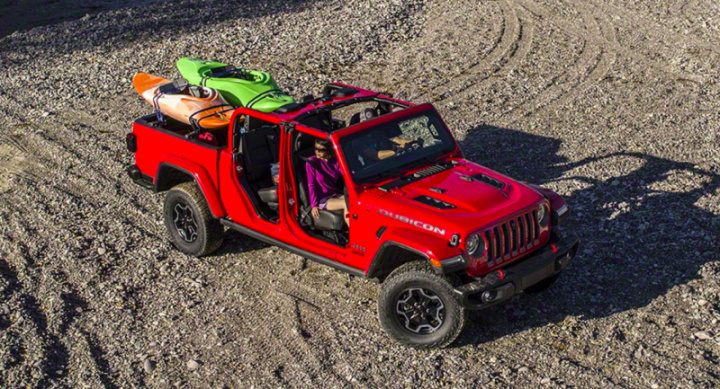 At the moment, the Gladiator will only be launched in the US, with deliveries starting around mid 2019. As far as India is concerned, it is unlikely to come here. But Jeep might bring the 2019 Wrangler to our shores along with the much awaited Renegade next year.