Jerusalem Has To Be Israel's Capital, Says Netanyahu At WEF

He said Israel will not allow Iran to acquire nuclear weapons and maintained that the US deciding against continuing Iranian sanctions was not a negative development. 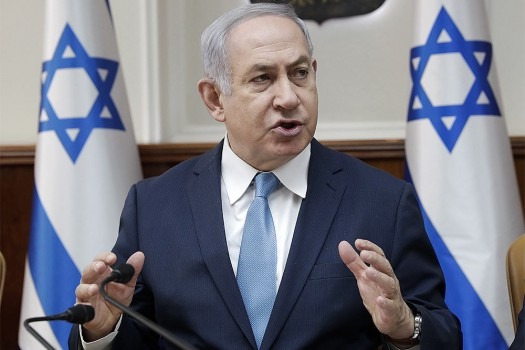 Israeli Prime Minister Benjamin Netanyahu today asserted that Jerusalem has to be the country's capital under any deal as it has been so for over 3,000 years, even as he expressed readiness for a fresh peace attempt provided Palestine does not "run away" from negotiations.

Speaking here at the World Economic Forum (WEF), he said Israel will not allow Iran to acquire nuclear weapons and maintained that the US deciding against continuing Iranian sanctions was not a negative development as it was a bad deal in the first place.

He also recalled his India visit while talking about why countries from across the world want to sign business deals with Israel.

He said the countries want Israel mostly for security and protection from Islamic terrorism due to its expertise in intelligence and security systems, as also for securing the future generations as Israel excels in technology and innovations.

Netanyahu said US President Donald Trump made history by recognising history when he recognised Jerusalem as the capital of Israel.

The Israeli prime minister maintained Jerusalem will remain the capital and seat of power under any peace agreement as it has been the capital for more than 3,000 years.

When asked whether he would want to attempt a fresh peace solution on the Palestine issue, Netanyahu said, "I certainly would want and I'm more than ready to do it" while adding that "if you want to have peace, you need to negotiate it".

"But the problem is whenever there is some attempt at a peace solution, Palestine runs away and they have done so in the past many times maybe because they are pampered by the international community," he said.

Asked about his visits to India and other countries recently and why everyone wants to sign economic and business deals with Israel, he said there are broadly two reasons.

"First, they want security and protection from Islamic terrorism and Israel has expertise in intelligence systems and in providing strong security systems. The second thing they want is to secure future. We are making innovative products with latest technologies which are produced in Israel," he said.

He recalled that during his India visit, he went to Gujarat where there is an Israeli innovation centre.

"Anything from chairs to cyber security, we want to excel at making them and that makes the world wanting to partner with us," he said.