In a filing to the BSE, the airline said it is implementing several measures to reduce cost as well as realise higher revenues, for desired business efficiencies. 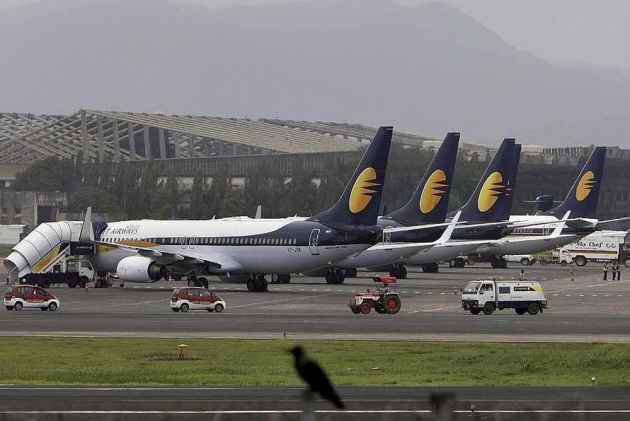 Jet Airways today described reports that the airline cannot fly beyond 60 days as "incorrect and malicious" as well as denied any talks of a stake sale.

Sources said the full service carrier has also told the employees that the compulsory one-year notice period for captains would be done away with.

There are more than 16,000 employees at Jet Airways.

The airline said it is implementing several measures to reduce costs.

Earlier this week, the top management in a meeting with staff, including pilots, informed them that the airline is in a financially bad shape and sought their cooperation in reducing costs. The proposed steps include pay cuts, sources in the pilot community told PTI.

At the meeting, the management also said that the airline might be left with revenues only to operate for not more than 60 days unless cost cutting measures are implemented, the sources added.

In a filing to the BSE, the airline said it is implementing several measures to reduce cost as well as realise higher revenues, for desired business efficiencies.

"Some of these areas include sales and distribution, payroll, and maintenance, among many others," it added.

Jet Airways' filing came in response to a clarification sought by the BSE on reports that the airline might not to able to fly beyond 60 days amid financial woes.

Shares of the airline tumbled 7 per cent to close at Rs 308 on the BSE today.

Amid concerns over its financials, Jet Airways CEO Vinay Dube today said the aviation industry is passing through a tough phase due to mismatch between high fuel prices and low fares.

As per the filing, the company has been in dialogue with its key stakeholders, including pilots and engineers, to apprise them of the challenges being faced by the Indian aviation sector in general and the airline in particular.

This is to "enlist their full support and cooperation for realising necessary savings across all functions of the business", it added.

The Naresh Goyal-led airline, in which Gulf carrier Etihad holds 24 per cent stake, has already slashed by 25 per cent the salaries of its senior management, sources had said on Wednesday.

Senior management executives are those holding general manager post and above level positions.

Pilots have told the management that proposed pay cuts was not acceptable.

"Despite the high growth environment, the aviation industry is currently passing through a tough phase given a depreciating rupee and the mismatch between high fuel prices and low fares.

"Jet Airways has been in existence for over 25 years and through the years has been successful in combating such business volatility," Dube said in a statement.

He noted that the airline is well placed to be a part of the Indian aviation growth story.

"The company is committed to create a growth-oriented, sustainable future and a revitalized experience armed with the addition of 225 B737-MAX fuel efficient aircraft, which will be inducted in its fleet over the next decade, with 11 being inducted this fiscal," he said.