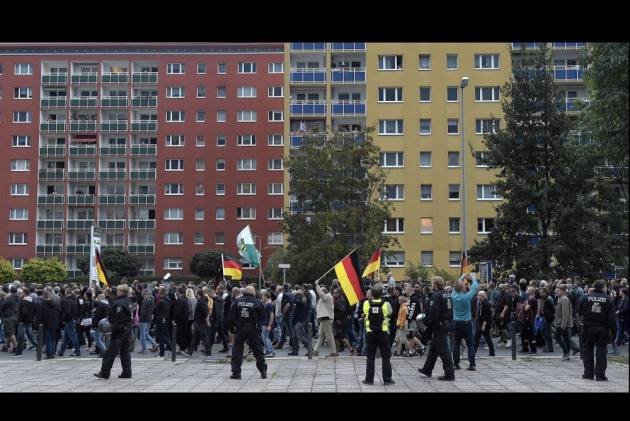 A Jewish restaurant was attacked by masked assailants as rocks and bottles were hurled at it, resulting in the injury of the owner, in an apparently anti-semitic attack on the sidelines of a neo-Nazi protest in an east-German city, authorities and reports on Saturday said.

The city has been convulsed by violent far-right, anti-immigration demonstrations since the killing of a German man, allegedly by asylum-seekers, in late August.

Police in Saxony confirmed to the newspaper Die Welt that they had received a complaint of the attack on the "Schalom" restaurant on the sidelines of the demonstrations.

A mob of around a dozen people, wearing black with their faces covered hurled rocks, bottles and a metal pipe at the restaurant on August 27, according to reports in Die Welt and the Freie Presse newspaper.

Owner Uwe Dziuballa suffered an injury to the shoulder during the attack, the reports said.

The restaurant, which was opened in 2000, has been attacked several times before.