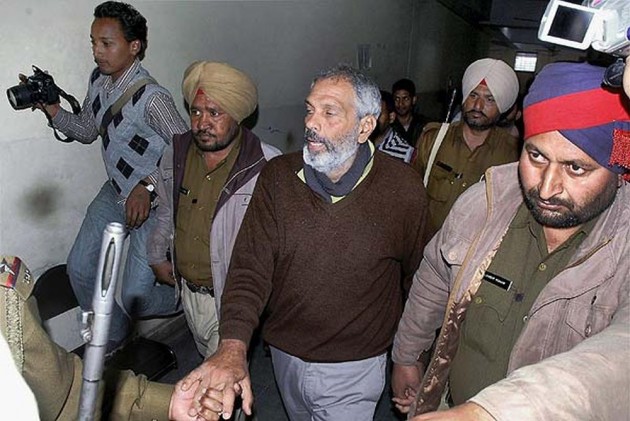 Ghandy wanted by the Bokaro Police in two pending cases was brought here last night. He was arrested two days back in Hyderabad, police said.

"We have arrested Kobad Ghandy, a Politburo Member of the naxal outfit, from Hyderabad in connection with two pending cases against him," said Bokaro, Superintendent of Police, Karthik S.

One of the cases was registered at Bokaro Thermal Power station (BTPS) Police station and the other at Nawadih police station in mid 2000, Karthik said.

Ghandy was the alleged mastermind in both the cases, the SP said adding that in one of the case six jawans were killed in an attack launched by the Maoists on a Central Industrial Security Force (CISF) camp in Bokaro under BTPS police station.

Ghandy held a meeting with the naxals in Bokaro district ahead of the attack on CISF camp, Karthik said

In the second case 15 people were killed in a landmine blast triggered by the naxals under Nawadih police station of the district in 2006-07, he said.