He has done what no Dalit has ever attempted. He is now accused of being power-hungry. 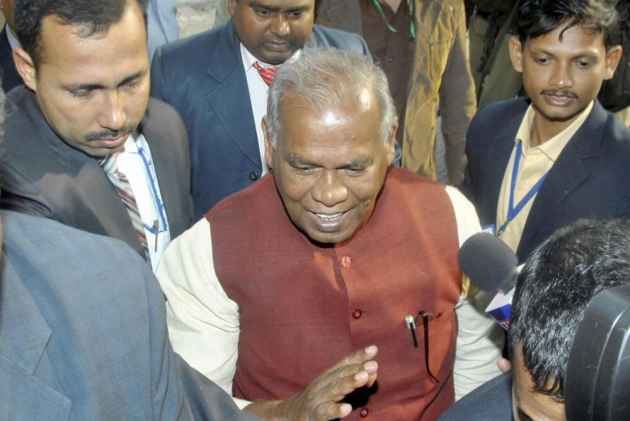 Bihar chief minister Jitan Ram Manjhi is a political enigma who defies the perception of political pundits. He has proved the stereotype that dalit political leaders are tolerated by their masters for elastic docility, wrong. Dalits are never taken seriously. Easy to handle, they rarely rebel against and disobey their political masters. As representatives of constituencies, Assembly or Parliament, comprising overwhelmingly of non-dalits/tribal voters, they are under constant fear of displeasing the majority, if ever interests of dalit and tribal communities are promoted by them in reserved constituencies. Nevertheless, Jitan Ram has done what no dalit has ever attempted. He is now accused of being power-hungry.

The key to hold power lies – everyone knows in Bihar – by and large, in the bureaucrats loyal to leaders in top echelons. Actually, transfer of those bureaucrats, hitherto loyal to him rattled Nitish Kumar, setting off alarm bells furiously. Here Nitish had an uncanny urge to recapture the top and hot seat, surprising one and all. Barrage of accusations and counter-accusations has started flying heavy and thick. Socially, Jitan Ram is too humble of origin to trigger a political crisis. Nevertheless, he is a delicious political topic now. 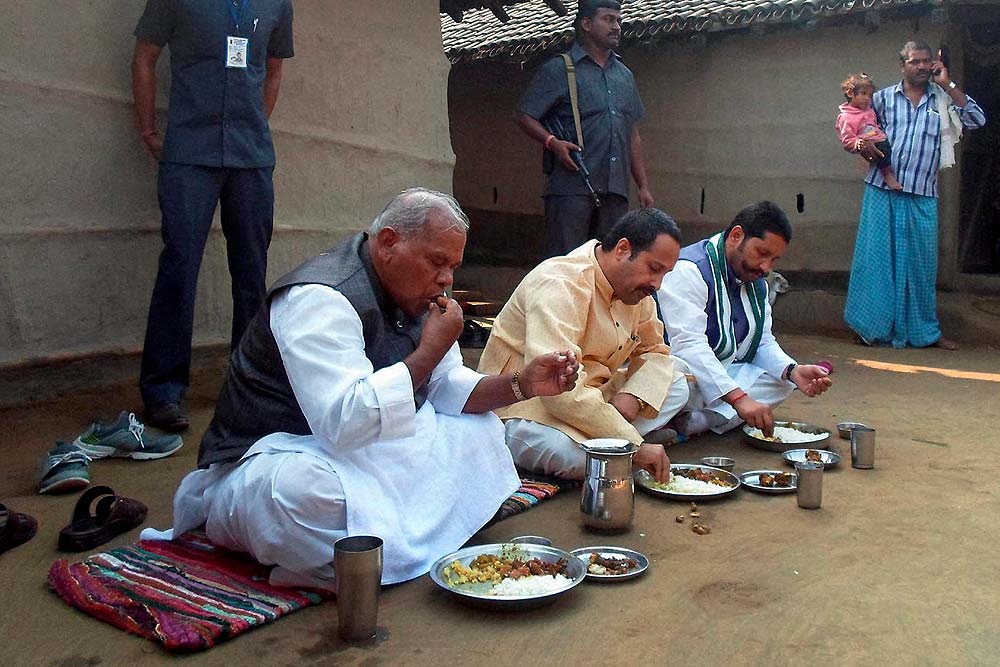 Manjhi's initiatives underline unique experiments. He has brought to the fore officers, neglected hitherto, in positions of trust and responsibility to enhance competence and efficiency in delivery. In India, social instinct dominates political decision and action. The sonorous songs of good governance notwithstanding, the fate and fortune of dalits/tribals remained untouched. His government made no efforts to fast-track trial of dalit massacres and provide justice to victims. The stoic and studied insensitivity of the government leads one to believe as if Ranvir Sena and/or their sympathisers were operating from backstage.

The convicts of the Bathanitola and Laxamanpur Bathe massacres of dalits were acquitted by the Patna High Court. The High Court has acquitted, with the exception of one, all the murderers of G. Krishnaiah, an IAS, a dalit and district magistrate. The administrative failure to provide justice in these cases raises many unflattering questions against Nitish Kumar. "The Bihar government is in connivance with the Ranveer Sena. The lower court had awarded death sentence to three of the killers and life imprisonment to 19, but the High Court acquitted all these Ranveer Sena men.

The High Court asks for evidence. There were three police pickets there, why don't they ask those policemen? 14 witnesses braved life threats to give evidence, yet the High court let the murderers go scot- free and called the witnesses liars........." Naeemuddin Ansari, Bathanitola carnage eyewitness and survivor's statement at the People's Hearing, Jantar mantar, New Delhi conducted by the CPI(ML) sometime back yields multidimensional insights. Where is good governance if justice eludes victims of massacres? Naeemuddin lost six members of his family in Bathanitola carnage.

Jayaprakash Narayan accused Bihar's first chief minister Srikrishna Sinha, saying "your government is called "Bhumihar Raj".1 The charge could be brushed aside had a lesser mortal brought it. He metamorphosed not long later into Lok Nayak by Samoopurn Kranti campaigns. JP did not elaborate the connotations of 'Bhumihar raj' though, we presume it means that most, if not all, key offices were manned by the chief minister's caste men, who, in turn, had followed it as precedents.

Shri Babu's counter was that JP wanted him to promote his caste men, Kayasth. Masahar literacy was in single digit till census in 2001. Jitan Ram cannot rule Bihar like legendary veterans. He has displayed rare courage of conviction. In a seminar, as welfare minister, he had declared the government initiative for setting up fast track courts. Can he do it now and send the cases of atrocities to these courts? The acquittal of the convicts of Bathanitola, Laxmanpur Bathe, besides those of the murderers of District Magistrate, caused national convulsion against Nitish.

Jitan Ram, whether he survives the political storm or not, runs the political risk of being defeated for his perceived pro-dalit/tribal administration. In the Assembly election 2015, he will surely be defeated by his resourceful detractors. This may propel Jitan Ram to launch campaigns for revival of Separate Electorate Dr Ambedkar claimed for the untouchables in 1932. Millions of disadvantaged Indians will cheer for him in the hope of electing courageous representatives.