For the first time in nearly three-decade long militancy, the militants have abducted relatives of 11 policemen including Deputy SP rank officers 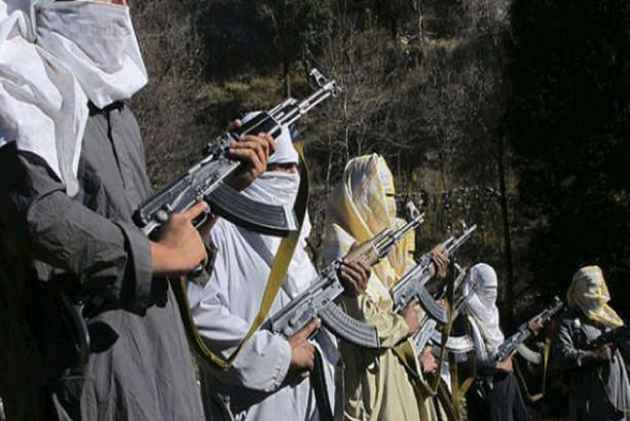 For the first time in nearly three-decade long militancy, the militants have abducted relatives of 11 policemen including Deputy SP rank officers during the raids at the homes in volatile south Kashmir districts causing alarm in the police and political circles in the Valley.

Former Chief Minister Mehbooba Mufti said that militants and forces victimising each other’s families is highly condemnable, and marks a new low in the situation. “Families shouldn’t become casualties and made to suffer for something they have little control over,” she said.

The relatives of the policemen were kidnapped by militants following multiple raids by security forces at militants’ houses.

The police sources say that the Army’s action of setting the houses of the active militants on fire and previously raiding houses of militants and ransacking them, has triggered a reaction from the militants, leading to abduction of relatives of the policemen and the officers. Jammu and Kashmir Police are leading counter insurgency operations in Jammu and Kashmir and is known as one of the best counter insurgency forces in the country.

Naikoo in a video released early this week had said that when houses of militants are ransacked, their families beaten, it make no news. Previously, Naikoo had warned against “targeting families of militants in Kashmir”. In a stern warning early this year, Naikoo had said: “If any of militants’ families are harassed from today onwards, then families of your agents, workers and policemen would not be safe. If you harass our families, then families from SPO to SP and from a small pro-India party worker to Chief Minister, no one would be safe and we will force them to migrate. Then you have to keep them in police stations.”

Naikoo was elevated as operational commander after the death of Muhammad Yaseen Yatoo alias Mehmood Gaznavi in August last year. He had asked the forces not to involve families of militants in the “war between you and us”.

Naikoo said: “You are at war with us… use as much force, technology you want to use, but what have our families done to you for which you are harassing them? We have taken up arms, not our families.”

While senior separatist leaders Syed Ali Geelani, Mirwaiz Umar Farooq and Yasin Malik condemned the authorities’ ploys to punish, intimidate, harass and humiliate the families of militants, saying these measures will only worsen the situation and turn it ugly and out of control, the mainstream political parties like National Conference says the separatists should also take position on the abduction of relatives of policemen and murdering of the policemen.

“Nobody's family should be harassed. However, wish these three grand moralists had the spine to also say that abducting and murdering policemen on leave will turn situation ugly. Alas - they derive their strength from our weakness. Their narrative is seeping into ours!,” National Conference spokesman Junaid Azim Mattu said, referring to the three separatist leaders.

Former Chief Minister Omar Abdullah also hit out at separatists saying, “I don’t condone any families being harassed but how about a word of condemnation for the harassment and worse still the kidnapping of families of @JmuKmrPolice personnel.”

I don’t condone any families being harassed but how about a word of condemnation for the harassment and worse still the kidnapping of families of @JmuKmrPolice personnel. https://t.co/t0uFk248EX

Peoples Conference chairman and former Minister Sajad Gani Lone said there seems to be a vicious strategy to specifically target Jammu and Kashmir Police. After the killing of four policemen in a militant ambush on Wednesday, Lone said any society which does not socially stigmatise the concept of violence unequivocally is destined to suffer.

“The irony is those who accord social sanctity to violence are not the ones who receive bullet ridden bodies of their loved ones,” he said.