Governor N N Vohra issued the Proclamation to impose Governor's Rule in the State under section 92 of the Constitution of Jammu and Kashmir. 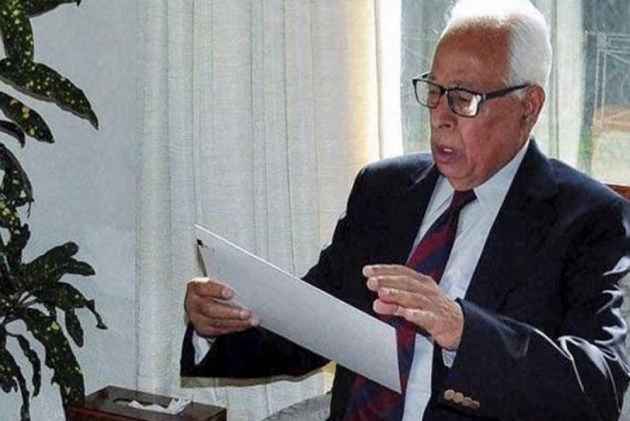 After assuming charge as the head of the Jammu and Kashmir government today, Governor N N Vohra held meetings with top civil administration and police officials at the Civil Secretariat.

"Immediately after receiving President of India's approval, Governor N N Vohra issued the Proclamation to impose Governor's Rule in the State under section 92 of the Constitution of Jammu and Kashmir today," a Raj Bhawan spokesman said.

The Governor held discussions with Chief Secretary B B Vyas and identified the major tasks which shall require to be dealt with on a strict time-bound basis, beginning from today.

He was accorded a ceremonial welcome and guard of honour by a police contingent as he arrived at the Civil Secretariat to take charge of the administration.

Vohra later chaired a meeting of top officials -- both from civil administration and police -- to gear up the state administrative machinery to function with speed, efficiency and accountability.

Governor's Rule was necessitated in the state following resignation by Chief Minister Mehbooba Mufti in the wake of BJP pulling out of the coalition government.