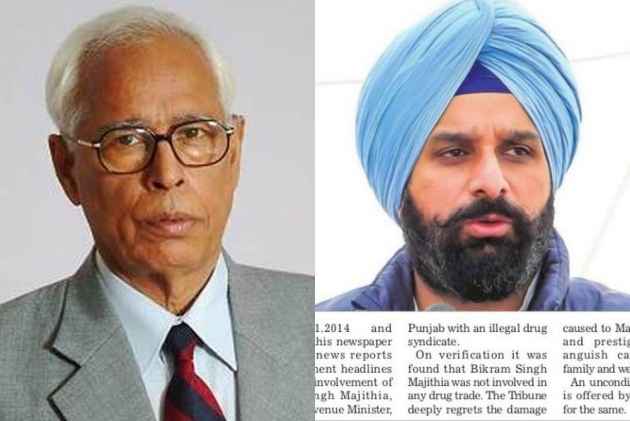 According to a report published in the local media, the decision was reportedly taken in the Tribune Trust meeting held on November3.  A formal announcement, however, made only in Wednesday's issue of The Tribune.

In a message to staff members, Vohra said that "The Tribune Group of Newspapers must remain torally committed to the pursuit of highest journalistic values and to the promotion of sterling civic virtues and ethical standards."

As reported earlier, the apology was not a unanimous decision and had caused rift between the editorial desk and the Tribune Trust, which reportedly forced the hands of editor-in-chief Harish Khare to carry the apology. Sodhi reportedly brokered the out-of-court settlement the newspaper with Majithia

In 2014, Majithia, who was Punjab's revenue minister, was alleged to have links with a multi-crore drug trafficking racket after drug peddlerJagdish Singh Bhola confessed to political funding during elections and alleged Majithia's involvement.