Addressing a press conference at the summit, he said the government has already implemented the realty law RERA and adopted the Model Tenancy Act in the UT. 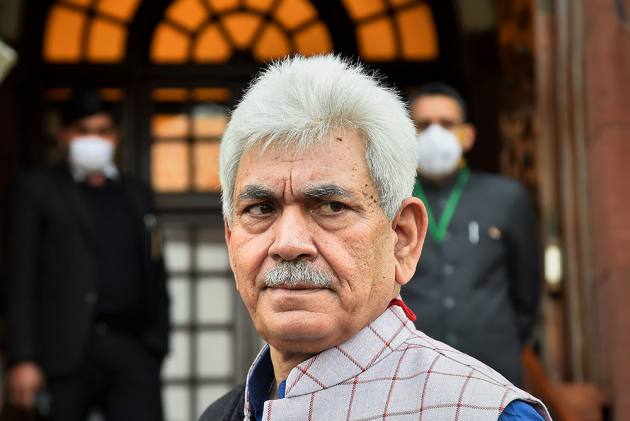 The Jammu and Kashmir government on Monday opened the union territory to the country's real estate investors by signing 39 MoUs worth Rs 18,300 crore for the development of housing and commercial projects. Terming the signing of the MoUs at J&K Real Estate Summit here "historic'', Lieutenant Governor Manoj Sinha said it is a major step towards transformation of the UT.

Addressing a press conference at the summit, he said the government has already implemented the realty law RERA and adopted the Model Tenancy Act in the UT. He emphasised that the government will consider reducing stamp duty on registration of properties and set up a single-window system for faster approval of projects. "We have signed 39 MoUs today. We have received investment proposals of Rs 18,300 crore," he told reporters here.

The summit was organised by the J&K government, Union Ministry of Housing and Urban Affairs and realtors' body NAREDCO. Sinha said these MoUs will help generate direct and indirect employment opportunities in J&K. He also announced that a similar real estate summit will be held in Srinagar on May 21-22 next year. Asked about opposition parties' allegations that land parcels of the local people will be taken away in the name of development, Sinha said this is an "effort to create fear and incite people". There will be no demographic change, he added.

The Lieutenant Governor said the real estate developers have been asked to partner with local builders of the UT. There have been revolutionary changes in J&K during the last two years, he said asserting that the UT is providing 100 per cent more incentive than Uttar Pradesh. Sinha said the government has identified 6,000 acres of land for development of projects and that it has also made rules for change of land usage of agriculture land. He asserted that the government will also offer its own land under the new industrial policy for development of projects. Sinha said the people who own the land should have the freedom to decide how they want to use their land parcels.

As many as 20 MOUs were signed at the summit for development of housing projects, while 7 were inked for commercial, 4 hospitality, 3 infratech, 3 film and entertainment and 2 finance projects. The real estate companies which have signed Memorandum of Understanding include Signature Global, Samyak Group, Raunak Group, Hiranandani Constructions for housing projects. Chalet Hotels Limited signed a MoU for hospitality. Raheja Developers, Goel Ganga, GHP Group and Shree Naman Group signed initial pacts for housing projects.