An overall 38.8 per cent voter turnout was recorded in the final phase, which was held only in the Kashmir division where 452 polling stations had been set up. 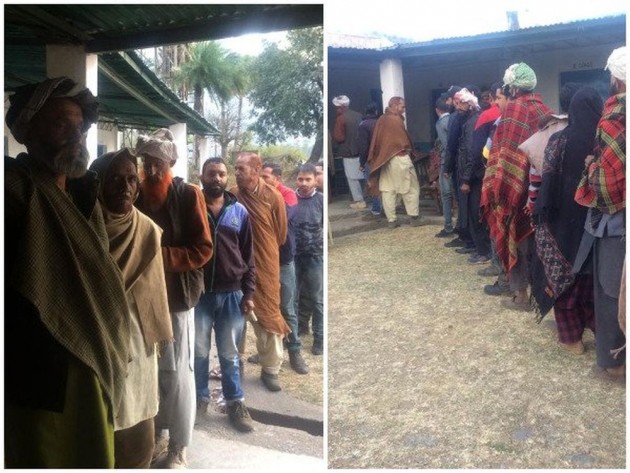 Voting ended peacefully on Tuesday for the ninth and final phase of the panchayat polls in Jammu and Kashmir amid tight security.

No untoward incident was reported from anywhere during the polls that started at 8 a.m. and ended at 2 p.m.

An overall 38.8 per cent voter turnout was recorded in the final phase, which was held only in the Kashmir division where 452 polling stations had been set up.

J&K Panchayat Elections: Life Hit In Srinagar Due To Strike By Separatists

In Kupwara district, 53.6 per cent of voters turned out to exercise their franchise, while in Pulwama the voting was only 1.4 per cent.

At least 346 polling stations had been categorised as "hypersensitive" in the last phase.

In the eighth phase, 79.9 per cent voting was witnessed across the state, with 85.1 per cent polling in Jammu and 49.6 per cent in Kashmir.

Panchayat polls were last held in Jammu and Kashmir in 2011.