Kashmir Civilian Killings: The Long Wait And The Agony After

For the grieving kin of those killed in the recent spate, the wait for the body of the deceased is now one of pain and long hard struggle 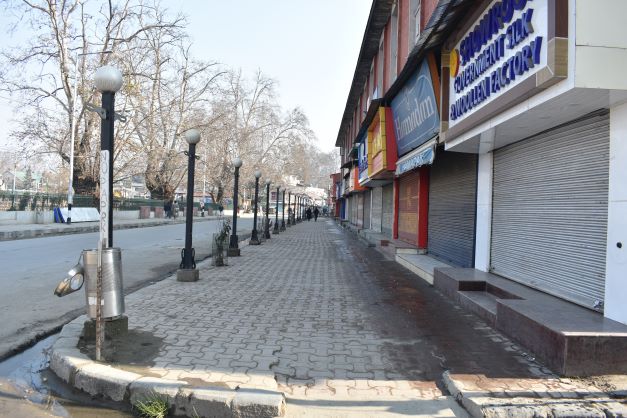 "Lashun par haq kis ka hai, warisun ka hai (who have right on the bodies of dead, only family members)"- at the press colony in Srinagar, two families were shouting this slogan asking bodies of two civilian businessmen, Altaf Ahmad Bhat and Dr Mudasir, who were killed in a controversial operation on Monday evening at Hyderpora.

The police have already ordered an inquiry into the operation and have declared Altaf Ahmad Bhat, a civilian, killed in cross-firing. However, his family says his killing was a cold-blooded murder by the forces.

In freezing Kashmir weather with the temperature dropping to minus in the evenings, the families were under an open sky continuing with their sit-in at the press colony. They sat on protest on Wednesday morning.

At about 11:45 p.m. the power supply to the press colony was snapped and within minutes the police personnel of Kothibagh police station started approaching the press colony. The policemen shouted at the mourners. They brought the police truck closer to the family members and forced them into it. One by one.

Niece of Altaf Bhat, senior journalist Samina Bhat stood near the police vehicle and started shouting. “Release my brother. We are not terrorists. Don’t drag my father,” she cried. Her father Abdul Majeed, who is an elder brother of Altaf Bhat, was on the ground pleading with the police to kill him too. The police also took Saima Bhat along. The police carried out the action with dozens of journalists on the ground witnesses.

Earlier at about 10 p.m. SP East Ms Tanushree had met Dr Hanief Bhat, brother of Altaf Bhat, at the entrance of the Press Enclave assuring him on behalf of the Inspector General of Police Vijay Kumar that the body of Altaf would be handed over to the family. “The SP East Ms Tanushree had come. She told me that the IGP had told her to meet us. She said the IGP has said the dead body would be returned by Friday. I told her that twice the police told us that the dead body would be handed over to us but when we went to get the body, the police shooed us away,” he said. “I told SP East whatever she told me either give it to me in written or state the same before journalists if they are sincere about what they are saying. He said the police officer said she will return,” Dr Hanief said.

As Dr Hanief and his family were waiting for the SP, she returned with additional forces and evicted mourners from the press colony in the dead of the night. The police detained many mourners and released them later.

On Wednesday the families were hopeful that the government would respond and will send some senior officials to assure them about the return of the bodies.

They were also hopeful that the National Conference President and Member of Parliament Dr Farooq Abdullah made a telephonic call to Lieutenant Governor Manoj Sinha and called for an impartial, time-bound inquiry into the Hyderpora operation and return of bodies to their kin for last rites.

On Tuesday when Saima Bhat had gone to meet the IGP seeking the body of her uncle Altaf Ahmad Bhat, Kumar had regretted his killing and told that the family could see the body at the grave in remote north Kashmir Handwara area, where he had been buried secretly by the police. However, Saima Bhat said she refused and sought the body of her uncle. She said the IGP stated he would get back to the family but didn’t. “Why don’t they give us the body of our uncle? We will bury him in the dead of night but let them give us his body. We will mourn silently but let them give us his body,” Saima said crying.