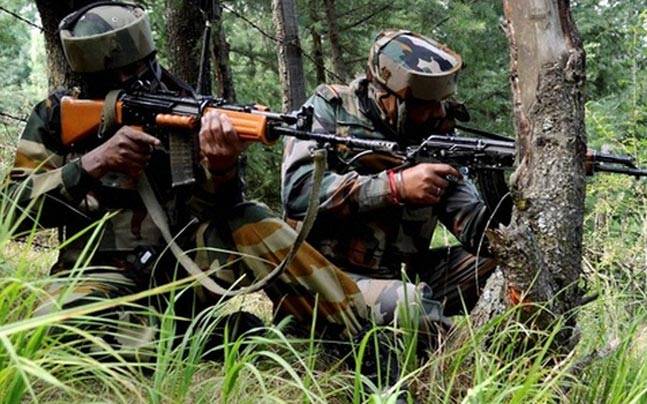 Police on Thursday confirmed death of district commanders of The Resistance Front (TRF) and Hizbul Mujahideen (HM) among five terrorists who were killed in twin encounters with security forces in Jammu and Kashmir's Kulgam.

Security forces launched the twin operation in the south Kashmir district on Wednesday after inputs about the presence of terrorists in the villages of Pambay and Gopalpora.

“During both the operations, ample opportunities were given to the trapped terrorists to surrender, however they starting firing indiscriminately on the search teams which was retaliated leading to encounters,” a police spokesman said.

He said in the ensuing encounter at Gopalpora, two terrorists were killed and they were identified as Aafaq Sikander Lone (District commander TRF), resident of Raykapran Shopian, and Irfan Mushtaq Lone, resident of Shedcheck Aawneera, Shopian.

An AK-47 rifle and a pistol were recovered from the site of the encounter, the spokesman said.

“As per police records, Sikandar was involved in many terror crime cases including in civilian atrocities and attacks on security forces. He was involved in killing of Police personnel Nissar Ahmad Wagay on August 7 at Pambay Crossing, killing of non-local labour Shankar Kumar Choudhary at Nehama Kulgam on September 9.

“Besides, he was also involved in grenade attacks on security forces including attack on 18Bn CRPF at Nehama. He also carried out an attack on SHO Manzgam in which four police personnel got injured,” he said.

Shakir Najar was affiliated with HM, while Sumair Najar  with TRF, he added.

The identification and affiliation of the third slain terrorist is being ascertained.