The official said the search operation turned into an encounter after the militants opened fire on security forces. 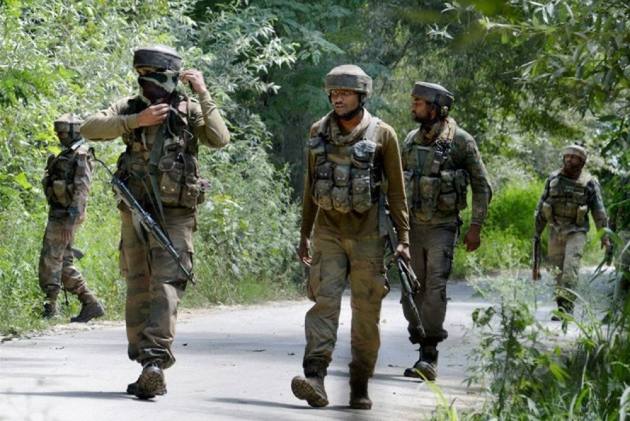 Two militants were Tuesday killed in an encounter with security forces in Baramulla district of Jammu and Kashmir. One of them has been identified as a top Lashkar-e-Toiba (LeT) commander who was active in north Kashmir for the past three years.

"On the basis of materials recovered, one of the slain terrorists has been identified as Abu Maaz of Pakistani origin who was operating as the top commander of LeT in north Kashmir," a police spokesman said.
The police identified him as Abu Maaz, a Pakistani national.

The other terrorist who was killed in the operation in Bomai area was identified as Abdul Majeed Mir alias Sameer.

Security forces launched a cordon and search operation in Bomai area of Sopore town this morning following information about the presence of militants in the area, he said.

The official said the search operation turned into an encounter after the militants opened fire on security forces.

"In retaliatory action, two militants have been killed so far," the official said, adding that search operation was underway.

The spokesman said Maaz had a criminal record since 2015 and he was involved in series of terror activities in the area, particularly in Sopore and Handwara.

"He was involved in several attacks on the security forces and killings of civilians in the area. Several cases were registered against him in police stations across the valley for terror activities," he added.

The spokesman said Maaz was involved in at least a dozen attacks on civilians and security forces since 2015 in which three civilians and an Army officer were killed.