Four women relatives of the accused had embarked on the fast-unto-death on March 31 and 60-year-old Sanji Ram's wife joined it on Wednesday. 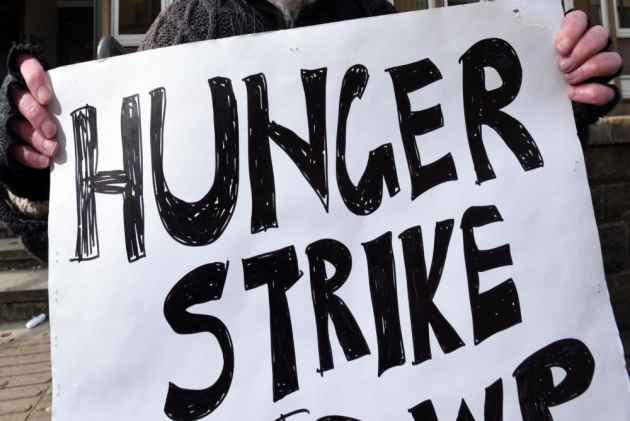 The wife of a former revenue official, believed to be the mastermind in the rape and killing of an 8-year-old girl, on Wednesday joined a hunger strike here, demanding transfer of the case to the CBI, police said.

Four women relatives of the accused had embarked on the fast-unto-death on March 31 and 60-year-old Sanji Ram's wife joined it on Wednesday, after the health of the others deteriorated and they were shifted to a hospital, a police official said.

The official said Ram's wife Darshna Devi (53), Surishta Devi (45), Vidya Devi (70) and Vishno Devi (66) replaced the other women. They are seeking transfer of the case to the CBI for a “fair probe”.

The girl's body was recovered from Rassana forest on January 17, a week after she went missing while grazing horses in the forest area.

Ram is accused of masterminding the girl's killing to instill fear among the Bakharwal community and drive them out from the area.

He surrendered to the Crime Branch on March 20, a day after his son was arrested from Uttar Pradesh.

On March 8, Jammu and Kashmir chief minister Mehbooba Mufti had rejected the demand for a CBI probe, saying that the investigation was almost complete.

The Crime Branch, which took over the case from the local police on January 23, arrested six people, including two special police officers and a policeman, besides Ram, in connection with the case.

Soon after the incident, local residents had marched through the streets with a tricolor to press for release of those arrested persons. They later changed their demand to a CBI inquiry after criticism from different quarters.