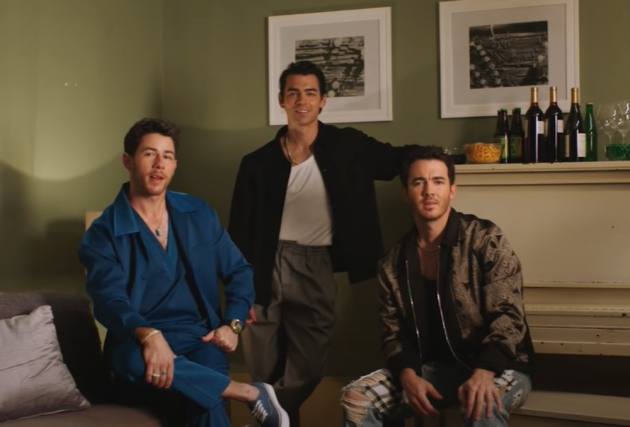 Popular American pop rock boyband The Jonas Brothers are all set to feature in Netflix's first-ever family roast and unlike what Joe Jonas keeps repeating in the promo, it's not titled 'roasted'. 'The Jonas Brothers family roast' will be a comedy special like no other consisting of sketches, songs, games, and special guests–all to give them an epic roasting.

A teaser video of the same was released by the streaming platform on Monday, October 25 featuring Nick, Kevin, and Joe Jonas.

In the promo, Nick and his brothers promise a never-seen-before show as the brothers give us a peek at all the interesting things that will happen during this exciting family roast. The trio also reveal an amazing guest line-up consisting of Pete Davidson, Niall Horan, Gabriel Iglesias, John Legend, Lilly Singh and Jack Whitehall with Keenan Thompson as the host.

The teaser video of the upcoming comedy special which releases on November 23, shows Joe Jonas' comical side which we have already seen in his hilarious social media posts and TikTok videos as well. It will be interesting to see what all happens in this epic family roast and who is better than the Jonas Brothers to kick off this new concept.