They said an impartial investigation must bring her killers to book. 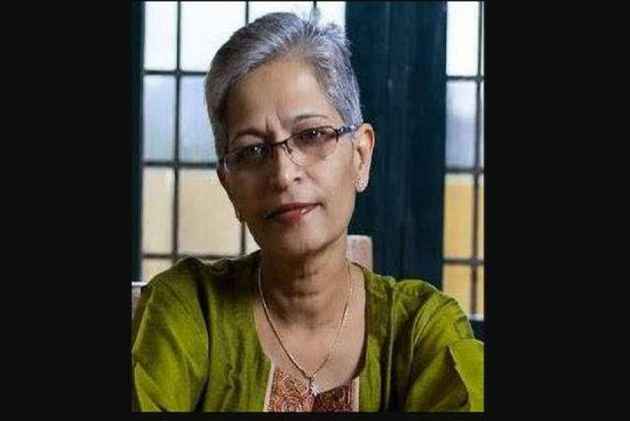 A group of editors, journalists and writers from the South Asia, the UK and Australia have demanded justice for slain scribe Gauri Lankesh, saying an impartial investigation must bring her killers to book.

An outspoken critic of Hindutva politics, Lankesh, 55, was shot dead by unidentified assailants at the entrance of her residence in Rajrajeshwari Nagar in Bengaluru on Friday

"At a time when freedom of expression spaces is shrinking everywhere, this is another reminder of the fragility of life, the risk that media professionals face when they take a stand in any part of the world.

"It is especially tragic that such a situation should have come to pass in a city that has been hyped as India's Silicon Valley and hence a space for safe investment and a stable and safe life," the South Asia Media Defenders Network said in a statement today.

The Network is an informal association of editors and media practitioners, which has been recently formed to stand up for the rights of journalists under pressure.

"We stand in solidarity with her family and her colleagues in and outside the state, and demand a full, impartial investigation into her death and the circumstances which led to it and seek the killers and conspirators be brought to justice.

"We expect not just the Karnataka government but the state police and the Centre to take clear and effective steps to deal with the murder and circumstances leading to it, institute a swift, impartial and effective investigation," it said.

The Network also urged the media and civil society organisations to robustly pursue a campaign to ensure that there is no let-up in the investigation so that the killers, their backers and conspirators are brought to book.

"Justice for Gauri Lankesh must be accompanied by opposition to impunity and criminality -- combined with a renewed commitment to freedom of expression and speaking truth to power and compassion in reflecting the conditions of the poor and vulnerable. These, we believe, are the benchmarks of journalists, journalism and professional media," it added.