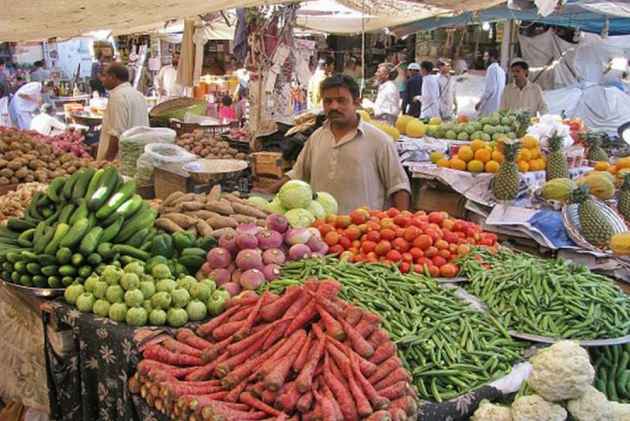 Retail inflation fell to nine-month low of 4.17% in July on account of slowdown in prices of vegetables and fruits, said government data released on Monday.

Based on the Consumer Price Index (CPI), inflation for June has also been revised downwards to 4.92% from the earlier estimate of 5%, as per the Central Statistics Office (CSO) data released.

As for year-on-year comparison, retail inflation had increased by 2.36% in July last year.

The CSO data revealed that inflation in vegetables declined by (-) 2.19% last month, compared to 7.8% in June. The rate of price rise in fruits slowed down 6.98%, as against over 10% in the previous month.

As per the data, the inflation in protein rich items like meat and fish, and also milk was also slower in July compared to the previous month.

However, inflation in the 'fuel and light' segment based on the changes in the CPI increased to 7.96% from 7.14% in the previous month.

The prices for the data are collected from selected towns by the Field Operations Division of NSSO and from selected villages by the department of posts. Price data are received through web portals, maintained by the National Informatics Centre.