I Don't Judge People By Their History But By Their Activities, Perspective: Outgoing CJI Dipak Misra

Outgoing CJI Dipak Misra said on Monday Indian judiciary is the strongest judiciary in the world having capability to handle mind boggling number of cases. 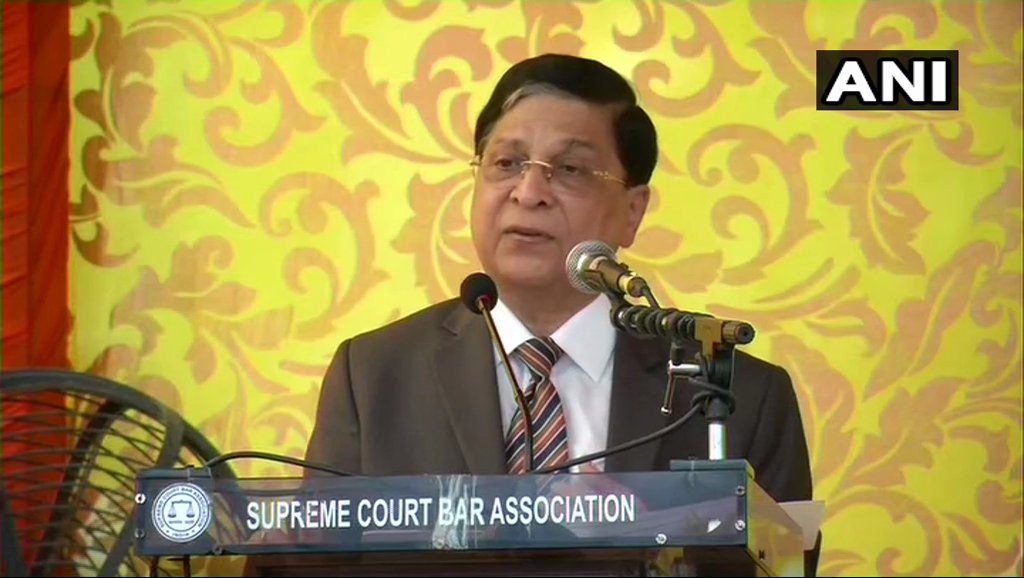 Chief Justice of India (CJI) Dipak Misra said on Monday that Indian judiciary is the "most robust institution" in the world and young lawyers were assets having potential to develop the jurisprudence.

"Our judiciary has been strongest judiciary in the world having capability to handle mind boggling number of cases," Justice Misra, who will retire as the CJI on Tuesday, said while speaking at the farewell function organised at the premises of the Supreme Court.

The outgoing CJI said, "Justice must have a human face".

"History can be sometimes kind, and unkind. I don't judge people by their history but by their activities, perspective," the CJI said.

"In my whole career as a judge, I never dissociated myself from the lady of equity," Justice Misra said.

"I am indebted to Bar at every level and go from here with satisfaction, he added.

He spoke after Chief Justice of India-Designate, Justice Ranjan Gogoi, praised him saying that his greatest contribution has been to civil liberties and cited his recent verdicts in this regard.

Justice Gogoi, who will be sworn-in as the CJI on Wednesday, said Justice Misra was a remarkable judge.

He said "if we fail in endeavour to hold true to our Constitutional ideals, we will continue to kill, hate each other", and added that the judges in the Supreme Court are all committed and they will remain committed.

"We live in times when what we should eat, wear have stopped being little things of our personal lives," Justice Gogoi said while addressing the farewell function for the CJI.