Kadam accuses Sena ministers Parab, Samant of trying to finish off party by colluding with NCP

Kadam, who was environment minister during the Devendra Fadnavis-led government between 2014 and 2019, alleged that the two ministers were also trying to finish him off politically, but asserted that that he would always remain a "Shiv Sainik" and would never quit the party. 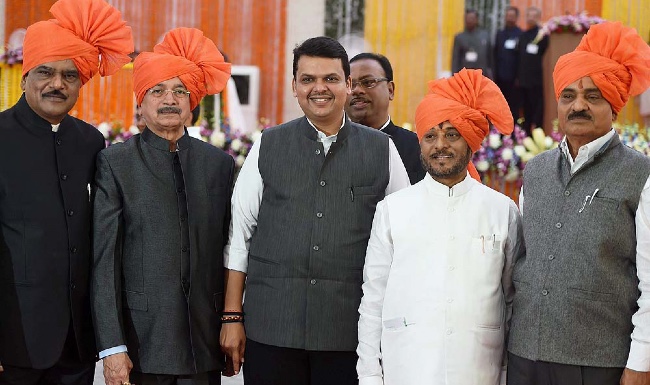 Infighting within the Maharashtra's ruling Shiv Sena has come out in the open as senior leader Ramdas Kadam on Saturday accused party colleagues and state ministers Anil Parab and Uday Samant of trying to finish off the party by colluding with the NCP, and said he would decide his future course of action after meeting Chief Minister Uddhav Thackeray.

This is for the first time the differences in the Uddhav Thackery-led party have come out in the open after the party came to power in the state in 2019 by joining hands with the NCP and the Congress.

Talking to reporters here, Kadam alleged that Parab, who is state transport minister, and Samant, higher and technical education minister, were colluding with the NCP to finish off the Shiv Sena in Ratnagiri district.

"Speaking against Parab doesn't mean taking an anti-Shiv Sena stand. Parab and Samant were made ministers to strengthen the Sena and not to finish off senior party leaders, who have given their sweat and blood to the party," he said.

Kadam, who was not nominated by the party for the recent Legislative Council polls from Mumbai local bodies constituency, said that in 2019 when the Maha Vikas Aghadi (MVA) government was formed, he had suggested to Thackeray that senior leaders like him, Subhash Desai and Diwakar Raote make way for young leaders in the cabinet.

"Raote and Desai had agreed, but I was shocked to see Desai in the first list of council of ministers," he said. Replying to questions, Kadam said he wanted to meet Thackeray to know if he agrees with Parab's views and style of functioning.

"I will decide my future course of action after the meeting. I will never quit the Shiv Sena and even if I am thrown out of the party, I will remain a Shiv Sainik. But my children are free to take their own decision," he said.

"I will never leave the saffron flag," he said. When asked whether he would join the BJP as it also represents the saffron, he said there was a difference between the two parties (Sena and BJP) and he would never quit the Sena.

Kadam alleged that Parab had failed to handle the ongoing strike of the Maharashtra State Road Transport Corporation (MSRTC) employees. "But despite that, he is camping in Ratnagiri to politically finish me off," he said.

Kadam said he had not visited 'Matoshree', the personal residence of Thackeray, in the last two years. "I have written a detailed letter to Uddhavji about the party affairs. If I am called for a meeting, I will explain my position, following which I will take a decision about my future," he said.

This is a first revolt by a senior Shiv Sena leader after Uddhav Thackeray became the chief minister. In the past, the Sena had seen some high-profile leaders, like Chhagan Bhujbal, Narayan Rane and Raj Thackeray, leaving the party.