Kai Havertz To Chelsea: The Blues' Hits And Misses With Bundesliga Signings 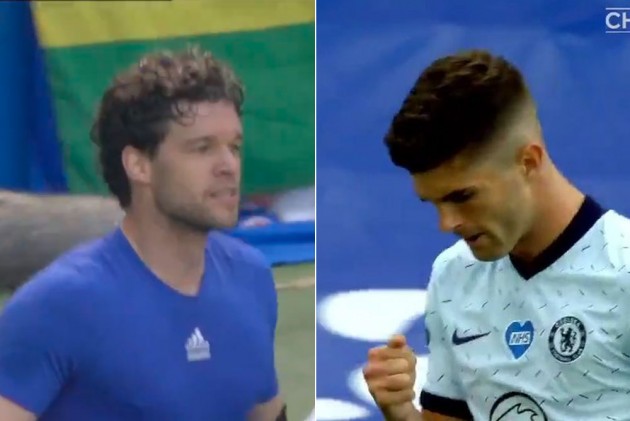 Kai Havertz is taking a well-trodden path from the Bundesliga to Chelsea after completing his big-money move from Bayer Leverkusen. (More Football News)

The Germany attacking midfielder has made the switch to Stamford Bridge in a deal that could reportedly reach as much as £90million, making him Chelsea's record signing.

Below we take a look at the Blues' hits and misses when acquiring talent from the Bundesliga.

Who, we hear you ask? A fair question. Kneissl was a free signing from Eintracht Frankfurt's youth academy back in 2000. In five years at Chelsea, Kneissl failed to make a single Premier League appearance and was shipped out on loan to Dundee United and Westerlo and went on to have a nomadic playing career.

Hit or miss? An unquestionable miss.

Nicknamed the "Little Kaiser" (with the great Franz Beckenbauer taking "The Kaiser" moniker), Ballack arrived as an extremely shrewd free signing from Bayern Munich in May 2006. After winning seven major honours with Bayern, Ballack would claim a Premier League title, three FA Cups and the EFL Cup while also reaching the 2008 Champions League final. With 26 goals in 167 games, he was an influential member of Chelsea's midfielder.

#TBT: One of @Ballack's finest days as Blue, scoring this and a late penalty to seal a 2-1 win over Man Utd in 2008! pic.twitter.com/M2sWrepkAw

Hit or miss? Very much a hit.

On the face of it the signing of Boulahrouz from Hamburg in August 2006 made complete sense as his versatility offered Chelsea cover across the entire backline. After a promising start, knee and shoulder injuries affected his time at Stamford Bridge and Boulahrouz never managed to muscle his way back into contention. He departed for Sevilla on loan in 2007 and would later return to the Bundesliga with Stuttgart, having made just 13 Premier League appearances.

Hit or miss? Sorry Khalid, it's a miss.

The arrival of Peru star Pizarro on a free transfer in July 2007 looked a great piece of business for Chelsea considering the success he had enjoyed at Bayern Munich, where he won league and cup doubles on three occasions prior to moving to London. But from 20 top-flight appearances, of which only four were as part of the starting line-up, Pizarro managed just two goals. He then enjoyed a second spell with Werder Bremen before returning to Bayern and winning nine more major honours – including his part in the treble-winning side of 2012-13.

Hit or miss? In a career of hits this was an unfortunate miss.

Once dubbed "The German Messi", the reality could have scarcely been more different. A hamstring injury sustained shortly after arriving on a five-year deal from Werder in 2012 restricted Marin to just 16 appearances and a solitary goal in his debut campaign. Loan spells at Sevilla, Fiorentina, Anderlecht and Trabzonspor followed before he made a permanent move to Olympiacos four years ago.

Hit or miss? The missiest miss that ever missed.

Shurrle was a first-team regular after joining from Leverkusen ahead of the 2013-14 campaign, a season at the end of which he would become a World Cup winner with Germany. But he struggled to build on a fine goal against Burnley to start the next season and joined Wolfsburg in February 2015. However, Schurrle had played enough games to earn a Premier League winners' medal.

Hit or miss? A tricky call but even with that Premier League medal it's just a miss.

Chelsea had high hopes for Ghana full-back Rahman when he arrived in a £14million deal from Augsburg in August 2015. But he made just 23 appearances across all competitions and has had four loan spells away from the club since 2016. Rahman's contract at Stamford Bridge expired his year.

Hit or miss? Another miss.

Chelsea beat of a host of suitors, including several in the Premier League, and an impending transfer ban when they announced the signing of Borussia Dortmund star Pulisic in January 2019. The United States international would not link up with his team-mates until the start of the following campaign but he was a standout performer in Frank Lampard's maiden campaign in charge, scoring nine goals and providing four assists. With the likes of Havertz and fellow new signings Hakim Ziyech and Timo Werner to link up with next term, Pulisic can go from strength to strength.

Chelsea have invested heavily in Bundesliga talent this close-season, with Werner arriving from RB Leipzig after 78 Bundesliga goals in four seasons. Champions Liverpool were also tipped to make a move for Werner, who will be keen to make his presence felt in a new league.

Hit or miss? Only time will tell…