The famed Kathakali maestro is now an octogenarian, having weathered many a crisis en route. The actor-dancer’s stories of resurgence border on the incredible, much like his pre-eminence in the classical Kerala theatre. 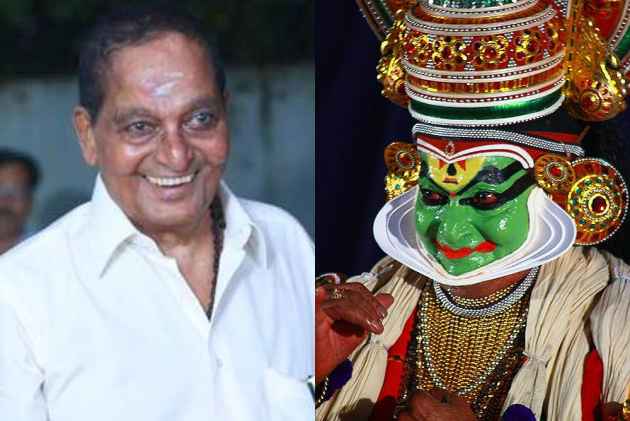 All of 80 years, Kalamandalam Gopi staged a weighty character for yet another time in the highly-evolved art that holds the distinction of featuring the world’s slowest choreography in traditional genres. It is not that Kathakali is always sedate in body movements, yet what the maestro presented the other night as part of his milestone birthday celebrations is definitely challenging, be it for a talented teenager or a seasoned octogenarian.

If the four-century-old form has gained global acceptance in serious art circles as a “total theatre”, it is also because this Kerala dance-drama has invested itself in a major asset called pathinja padam. Literally meaning ‘unhurried song’, its verses are set to such an expansive meter that the performer will take a couple of minutes or more to portray certain key words as hand-gestures called mudras. Overall, the piece takes some 45 minutes to an hour to present in a format where the end part becomes progressively faster, making it a four-storey composition by pace.

This week at Thrissur, the cultural capital of God’s Own Country, the Padma awardee enacted the central figure in a classical story that portrays a difficult phase of life in the Pandavas in the forests. Yudhishthira (or Dharmaputrar as he is known in Kathakali parlance), the eldest of Kunti’s sons, is burdened with the task of taking care of his family and a legion of supporters who are accompanying them during the 14 years of banishment that has forced them to now live in the woods.

Gopi, who has been in Kathakali for six-and-a-half decades and effectively ruling the field in the second half of it, portrayed the protagonist in ‘Kirmeeravadham’ play that opens with a scene soaked in a certain oxymoron: shoka-soaked shringara. That is when Dharmaputrar addresses his wife Draupadi with a lot of love yet grief (over their present travails). This song, beginning with Baale kel nee (Please hear me, dear), is one of the most challenging passages to enact, given the way it has been scripted by the 17th-century playwright Kottayathu Thampuran and embellished in classrooms later by Kathakali exponent Pattikkamthodi Ravunni Menon (1880-1948).

Gopi, who is a pupil of four of Menon’s disciples—Kalamandalam Padmanabhan Nair, Ramankutty Nair and Kumaran Nair besides Thekkinkattil Ravunni Nair—proved yet again why he is a glorious link between old-world Kathakali and its contemporary version. Into the late night of June 1 at the state’s Sangeetha Nataka Akademi Hall in Thrissur that is hosting the four-day birthday celebrations, the superstar went on to essay with grace the subsequent scenes that culminated with Yudhishthira being gifted an akshayapatra that can cook food any number of mouths. It was on receiving the divine vessel from the Sun God that the maestro let himself ease a bit choreographically—to express joy for having found a solution to the key issue of feeding a whole lot of subjects with him.

In a paradox of sorts, the portrayal of such a sombre role virtually juxtaposes with what Gopi is otherwise celebrated for: romance. His other green-hued roles such as Nala, Rugmangada, Arjuna and Bhima often tend to be heroes who have fascinated many a mythological woman—as much as females and males watching the performance. Equally, his portrayal of characters such as Karna and Kacha are famed for their high melodrama quotient. Yet, when it came to his 80th birthday, the maestro who looks young on stage went for the depiction of a monochrome character undergoing a grim phase in life.

It is not the first time Gopi has enacted this kind of an irony in his professional profile, which isn’t much separated from his personal life. For a year in the early 1990s, the master was forced out of Kathakali circuit owing to a slip disc. Eventually, in the summer of 1992, when he returned to the field just days ahead of his retirement as principal from his alma mater Kalamandalam where he taught for 33 years, Gopi appeared (at the famed Srikrishna temple in Guruvayur) in the same role: Dharmaputrar in Kirmeeravadham. When it was another occasion to raise a toast, he got himself cast as a character steeped in melancholy.

That apart, the ongoing ‘Haritam’ celebrations at Thrissur have given Kathakali buffs a chance to celebrate—both the art and its present emperor. For, he has had several rebirths of sorts in a life riddled by instance of suicide attempts, binge drinking and related diseases of serious nature. For the past 15 years, the bohemian has tuned in much to what society generally relates with normalcy.

A native of green and rugged central-Kerala village called Kothachira near Pattambi in Palakkad district, Gopi lives in an equally quiet place called Mundur, ten km north of Thrissur. Once the celebrations get over by this Monday morning, the maven will typically go into monsoon-time hibernation—only to emerge in the post-rain Onam weather for yet another line-up of Kathakali shows—across Kerala, India and abroad.