Kamal Nath, 72-year-old, met the Governor on Friday morning and conveyed to her the resolution of the CLP electing him as its leader. 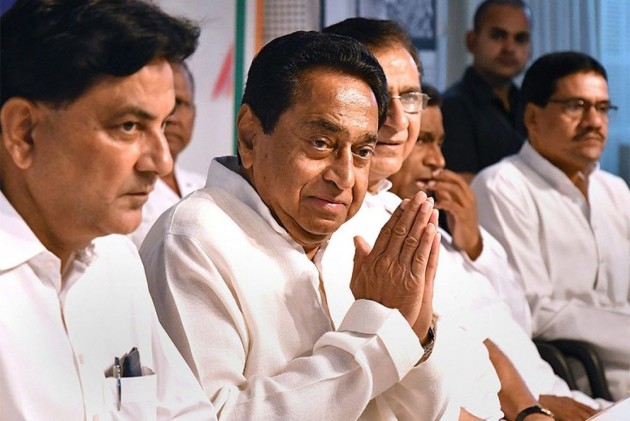 Senior Congress leader Kamal Nath will be sworn-in as Chief Minister of Madhya Pradesh on December 17 after Governor Anandiben Patel handed him a letter of appointment for the top post.

After being chosen as the leader of the Congress Legislature Party, the 72-year-old met the Governor on Friday morning and conveyed to her the resolution of the CLP electing him as its leader.

The ceremony will be held in the Lal Parade Ground at 1.30 p.m.

He told reporters that his main focus would be on the agriculture sector, which is the backbone of any economy, and joblessness among the youth.

"Joblessness in the state among the youth is one of my biggest challenges," he said.

He was chosen as the Congress Legislature Party leader at a meeting late on Thursday night after two days of consultations, including parleys held by the party chief.

Soon afterwards he announced that he will fulfil all the promises his party made in the election manifesto.

The Congress won 114 seats in the 230-member House. It fell two seats short of the half-way mark, but ensured the support of 121 MLAs with Samajwadi Party (one seat), Bahujan Samaj Party (2) and four Independents backing it.