Kangana's Simran Sure Has Wings, But Does Not Manage To Fly

For a movie that is touted as a thriller, this seems almost comical, but then it lacks a good laugh too. 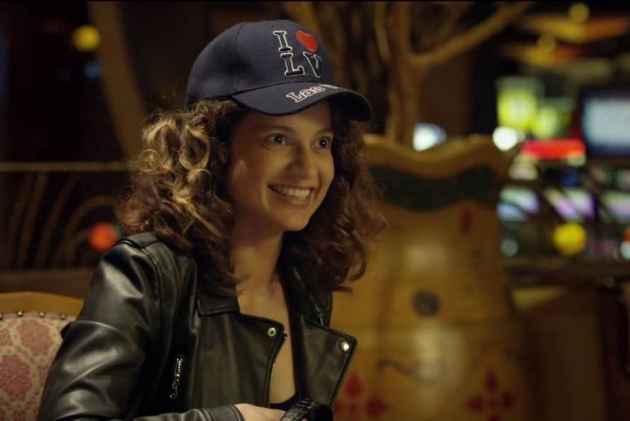 “Can you see my wings?” asks Praful Patel (Kangana Ranaut) of her potential husband Sameer (Sohum Shah), as she introduces him to her secret place. “Yes, big ones” he replies.

Simran, sure has wings, but does not manage to fly.

Hansal Mehta’s Simran, is the story of a 30-year-old Gujarati divorcee, who works in the housekeeping department of a five-star hotel in Atlanta and begrudgingly lives with her parents in the suburbs. Her parents are hardly happy with her life choices, especially not one of having her own house. They ask her if it is to call boys home. She retorts with a casual ‘yes’ and nothing more. That is Praful. When talking of character flaws with Sameer, she unabashedly tells him “making boys fall for you is an art, not a flaw”. Praful is always up for adventure, will not have sex without protection, and embraces her “character flaws” of love for gambling and stealing. She is fiery, unapologetic, and almost fearless – much like Kangana herself.

In fact, Simran is so much Kangana that we hardly get into the shoes of Praful herself, warming to her only in bits. Simran is all Kangana. For all those Koffee with Karan controversies that discussed whether a woman can carry a full-film, Kangana single handedly leads this one. There is little that can be flawed in her performance.  In fact, she is the only spark in the film. She overshadows the rest of the cast, and with not one other person to share the spotlight; the film suffers from the lack.

Followed by a lack in the script. After a promising first half, the film falls short on expectations. Praful, branded 'lipstick bandit’ goes about robbing banks, almost six times, and gets away scot-free, even after leaving her fingerprints all over and notes scribbled with lipstick. The Atlanta cops and bank employees seem like a bunch of jokers as they exaggerate her every heist they fail to foil, in fact almost smilingly fall prey to. For a movie that is touted as a thriller, this seems almost comical, but then it lacks a good laugh too.

Kangana tries hard to hold us onto our seats, but unlike her previous films, we are hardly invested in Simran, and are left wanting more, a lot more, since we have come to expect it of the Queen.