The incident took place on Tuesday on a stretch of a busy road near Moti Nagar metro station causing a traffic snarl and forcing some of the commuters to take a detour. 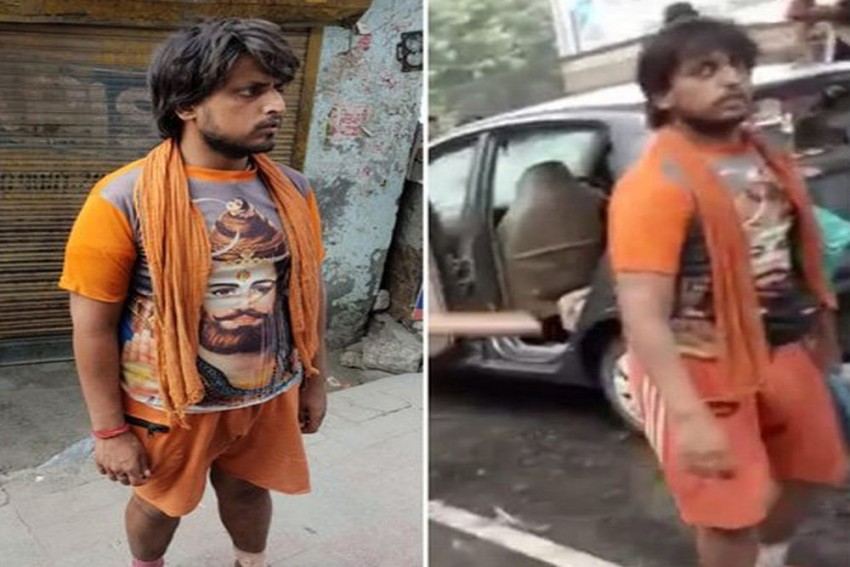 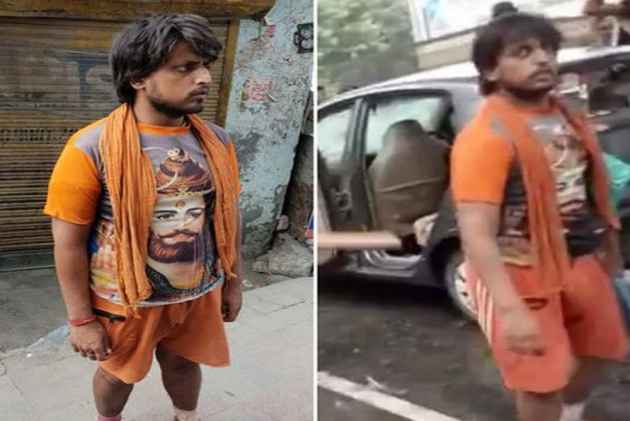 A 26-year-old man was arrested on Thursday, 48 hours after a group of kanwariyas, vexed over a car driver allegedly hitting one of them, vandalised the vehicle in west Delhi.

The incident took place on Tuesday on a stretch of a busy road near Moti Nagar metro station causing a traffic snarl and forcing some of the commuters to take a detour.

Delhi: Police arrests one person in connection with the vandalisation of a vehicle by a group of 'kanwariyas' in Moti Nagar on August 7. pic.twitter.com/4kS9ZhqV6V

The accused, Rahul Billa, was identified after scanning CCTV footages and registers of nine kanwar camps on Najafgarh Road and arrested around 6.30 pm on Thursday, deputy commissioner of police (West) Vijay Kumar said.

Billa is a resident of Uttam Nagar and has been involved in thefts previously, the police said.

He had brought a kanwar and was accompanying the group which orchestrated the violence, Kumar said.

During interrogation, Billa told the police that one of the kanwariyas had sustained injury to his hand after the car brushed past him.

A rumour soon spread in the group that the kanwariya had been thrashed and subsequently the others gathered there. Billa was handed a baseball bat by someone and he too got involved, the DCP said.

#WATCH: A group of 'kanwariyas' vandalise a car in Delhi's Moti Nagar after it brushed past them while driving. The people in the car got off safely. No injuries were reported. Police says no formal complaint has been filed by the victims (07.08.2018) pic.twitter.com/rKc6VJMZnh

Sections of rioting have been added to the FIR that was lodged on Wednesday, he said, adding that these are non-bailable sections.

Billa said he does not know the other accused but has told the police about the probable routes they might have taken, Kumar said.

A ruckus broke out after a grey car being driven by a woman, who was with a male friend, allegedly hit a kanwariya.

A heated argument ensued between the two sides and one of the kanwariyas was allegedly slapped by the male occupant of the car. The kanwariyas then vandalised the vehicle with baseball bats.

A video of the incident, captured by a CCTV camera installed at a shop, showed the kanwariyas breaking the car's windshields, windows and headlights with baseball bats even as a policeman tried hard to stop them.

The rampage came to a halt only after the unidentified miscreants overturned the car in the middle of the road.

The couple fled the scene fearing for their lives and refused to give any complaint in writing, the police had said.

A case was registered and the accused identified on the basis of inquiries conducted by the police and the CCTV footage.