In the complaint letter the BJP accused Mevani of calling Prime Minister Modi 'a corporate salesman and a thief.' 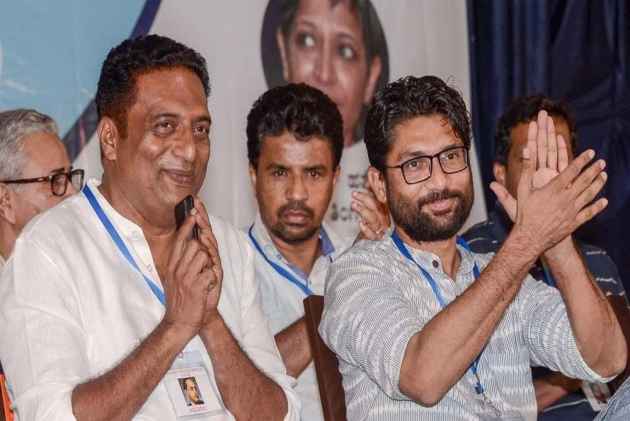 In the complaint letter the BJP accused Mevani of calling Prime Minister Modi 'a corporate salesman and a thief.'

"Jignesh Mevani in his speech at an event on April 29 in Bengaluru called our honourable Prime Minister Narendra Modi a corporate salesman and a thief who has looted the country," the letter read.

The complaint also sought an action senior politician AK Subbaiah who had said that Yeddyurappa along with his fiancee would runaway once polls results are out.

In the letter the BJP urged the election watchdog to further not grant any permission to either Mevani or Raj to hold any indoor or outdoor meeting in Karnataka till the polls are over.

Karnataka will go to polls on May 12 to elect representatives to the 225-member state assembly. The results will be out on May 15. (