The BJP walked out from the state assembly after BJP state chief BS Yeddyurappa said his party will hold a state-wide bandh on May 28, if Kumaraswamy did not waive off farmer loans. 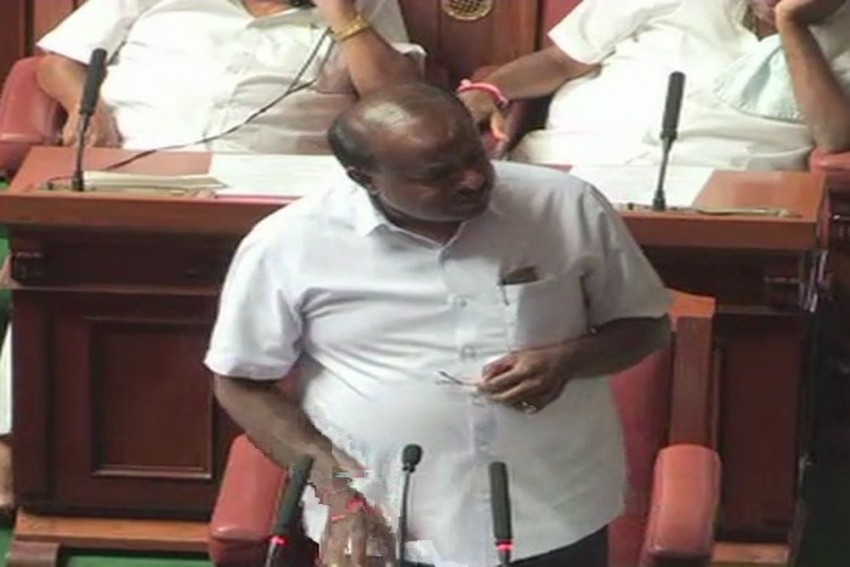 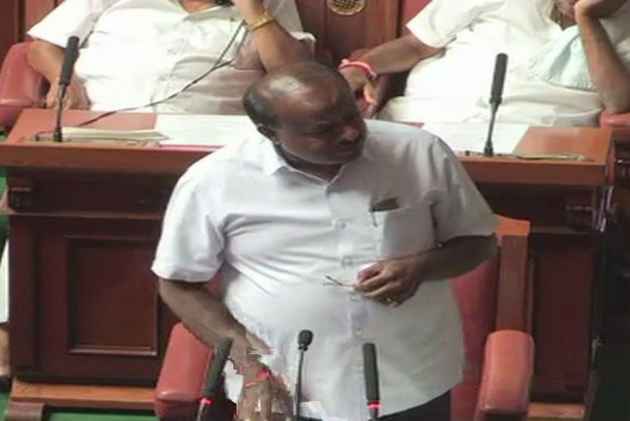 With this, he successfully proved his majority in the state assembly.

The Congress-Janata Dal (Secular) alliance together with two independent candidates have 117 MLAs, six more than the majority required to form a government in the state. All the 117 MLAs voted in Kumaraswamy's favour.

The BJP walked out from the state assembly after BJP state chief BS Yeddyurappa said his party will hold a state-wide bandh on May 28, if Kumaraswamy did not waive off farmer loans.

The floor test was considered significant for the Congress-JD(S) alliance after the Bharatiya Janata Party (BJP) decided not to go for floor test as it did not have the required number of members to establish its claim to run the government.

Yeddyurappa, who was sworn-in as chief minister last week, opted to resign as the BJP was seven short of the simple majority mark of 111 in the 221-member assembly.

The BJP was the single largest party in the fractured mandate with 104 seats and was given 15 days to prove its majority on the floor of the house by Karnataka Governor Vajubhai Vala.

The Supreme Court directed that the floor test be held last Saturday, a day after Yeddyurappa took oath as the chief minister.

Prior to Friday's assembly session, Kumaraswamy expressed his confidence about winning the floor test.

Yeddyurappa, on the other hand, confirmed during his address in the assembly that the BJP had withdrawn the name of Suresh Kumar as its candidate for the Speaker's post, as it wanted the election of the Speaker to be unanimous.