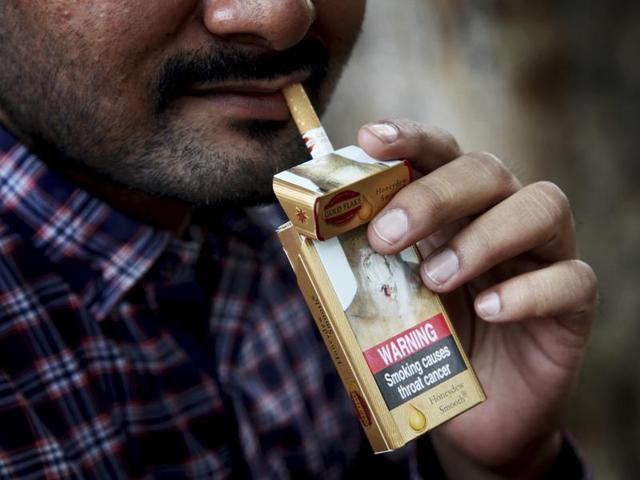 The Karnataka High Court on Friday struck down the 2014 amendment rules that mandated pictorial health warnings to cover 85 per cent of tobacco product packaging space, holding that they violated Constitutional norms.

However, the court made it clear that the 40 per cent pictorial health warning rule, which existed prior to the amendment rules, would remain in force.

A division bench comprising Justices B S Patil and B V Nagarathna passed the order on a batch of petitions filed by various tobacco manufacturing companies and others from across the country, challenging the 85 per cent pictorial warning rule notified by the Union Health Ministry.

The Cigarettes and Other Tobacco Products (Packaging and Labelling) Amendment Rules, 2014 (COTPA) came into effect from April 1 last year.

In May last year, the Supreme Court had transferred all petitions against the 85 per cent rule filed in various high courts to the Karnataka High Court and asked it to hear and dispose of them.

Passing its orders, the high court bench held that the Union Health Ministry does not have any jurisdictional power to make such rules.

The court said even if the health ministry enjoyed power to make such rules, they violated constitutional norms as it was an "unreasonable restriction" on the right to do business.

From the perspective of tobacco growers, such a rule violated the Right To Equality under Article 14 of the Constitution because there was no connection between the images and the warnings, the bench observed.

The petitioners, the Tobacco Institute of India and others, had challenged enforcement of the COTPA which required printing of pictorial health warnings covering 85 per cent of tobacco product packages.

The petitioners argued the rules were impractical and would boost smuggling of imported cigarettes.

The tobacco industry had said there was no evidence to show smoking causes the diseases depicted in the "extremely gruesome and unreasonable" pictures.

The bench observed that the rules cannot be made to scare people but to issue notifications.

The industry also said the global average size for graphic health warnings (GHWs) was only about 30 per cent of the principal display area.