Fearing that the water is contaminated with HIV, the villagers demanded to pump out the water from the lake in Hubballi district of Karnataka after the body was found on November 29. 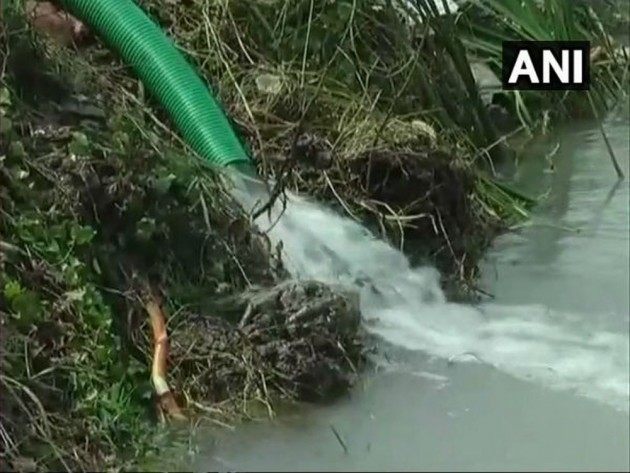 Days after a half-eaten body of a Human Immunodeficiency Virus (HIV) infected woman was found floating in a 23-acre lake, villagers refused to drink water from the lake in Karnataka.

Fearing that the water is contaminated with HIV, the villagers demanded to pump out the water from the lake in Hubballi district of Karnataka after the body was found on November 29.

The body was bloated and half-eaten by fish when it was discovered by the villagers, as reported  by NDTV.

The lake is the source of water for more than 1000 people who refused to use water from the lake that put the administration in a tight spot as a result it is pumping water out of the lake.

Dharwad: Residents of Morab have drained the 36-acre lake after an HIV-positive woman allegedly committed suicide by jumping into it. #Karnataka pic.twitter.com/xhYqHxYgs2

Meanwhile, the district authorities have decided to distribute water from Mallaprabha river, a tributary of the Krishna river, among villagers for the time being.

“District authorities have agreed to fill the lake by December 20,” the panchayat development officer (PDO) B Nagaraja Kumar said.

Even as the administration tried to explain to the villagers that HIV/AIDS cannot spread by using water, villagers refused to come close to the lake, the authority claimed.

“We tried our best to assure villagers that we would get the water tested but they did not budge and even refused to come near the lake,” said Naveen Hullur, an official of the area, as quoted  by Hindustan Times.

Experts also claimed that there is no reason to empty the lake. Dr Nagraj - Director of the Rajiv Gandhi institute of Chest and Communicable Diseases, “It's wrong to believe that the water has been contaminated with HIV because studies show that the virus cannot survive for over eight hours in water if exposed to temperatures above 25 degrees centigrade. Now, it's been over six days since the body was recovered," he said, as quoted by NDTV.