Karni Sena's 'Gandhigiri' In Lucknow: Members Give Roses To People Requesting Them To Boycott 'Padmaavat' 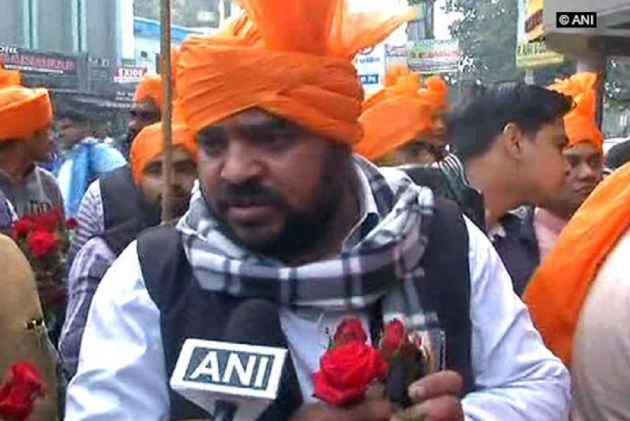 At a time when fringe group  Karni Sena is resorting to violence across the nation, members of the group in Lucknow are giving roses to people while requesting them to boycott the movie.

The protestors at Novelty cinema in Lucknow, also offered to reimburse the amount of the ticket in case people have already bought it.

"We will also compensate money of the tickets in case people have already bought," said a member of Karni Sena.

Various fringe groups including Karni Sena has gone on a rampage and vandalized various cinema halls screening the movie.

The Sanjay Leela Bhansali magnum opus, which is releasing on January 25, has been embroiled in controversy since its inception.