The dropping of Nair, who was not played in a single Test in England, has become a topic of intense debate in cricketing circles with many experts terming the BCCI selectors' move as baffling. 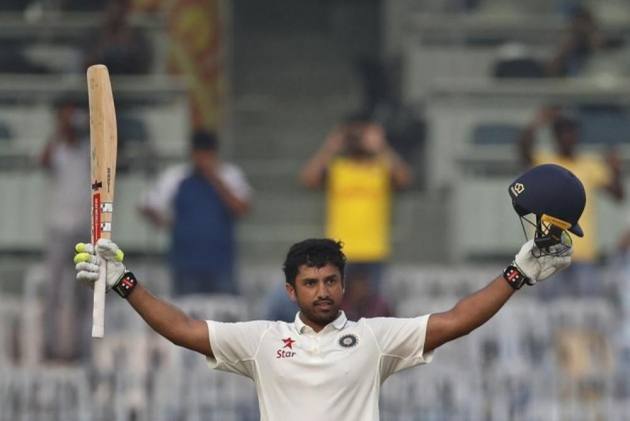 Chairman of selectors MSK Prasad on Monday said that Karun Nair is still in the scheme of things for Test cricket.

The dropping of Nair, who was not played in a single Test in England, has become a topic of intense debate in cricketing circles with many experts terming the BCCI selectors' move as baffling.

Making things even uglier, the 26-year-old, in a recent interview, claimed that neither the team management nor the selectors have communicated with him about the move.

Clarifying the situation, Prasad said that the player himself has been explained the reasons.

India announced a 15-man squad for the two-match series with Mayank Agarwal and Mohammed Siraj getting their respective maiden Test call-ups. But Nair was dropped from the squad, along with Shikhar Dhawan.

"I personally spoke to Karun soon after the selection of the Test Team against the West Indies and also told the ways to make a comeback. The selection committee is very, very clear with regard to the communication process," Prasad told PTI on Monday.

India's second ever triple centurion in Tests, Nair was picked in the original squad for the England series but once the team was changed for the last two Tests, it was Hanuma Vihari, who played and impressed everyone with a gutsy half-century and handy off-breaks.

It is widely believed that the Indian team management was not happy with Karun's inclusion in the Test set-up.

"Communication has always been the strong point of this committee. It's really tough to inform any unpleasant news to any player. You need to have valid reasons to explain them about their exclusion though they may not agree with it," the former India stumper said.

Prasad explained that his colleague Devang Gandhi had spoken to the burly middle-order batsman in England when he was not being picked in the playing XI.

"Having said that we are very clear and candid in our communication process. My colleague Devang Gandhi spoke to Karun Nair at length in England to keep him motivated and wait for his opportunities," Prasad said.

The chairman of selectors himself has given the player a pep talk to keep his spirits up.

"Karun is very much in the scheme of things for Test cricket," said Prasad adding that he did motivate the player and told him to wait for his opportunity which is round the corner.