Kashish is a certified global makeup artist in various genres. She has been practising since a young age and learned the major part of it from her mother. 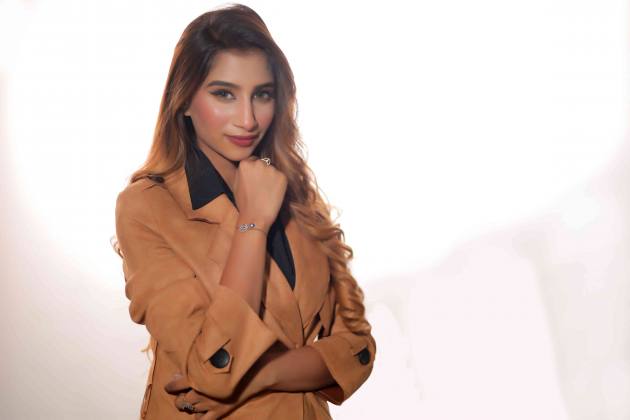 Kashish Jain was born in Rajasthan on the 15th March 2000 and born to Priya Jain, the owner of PK Makeup Studio & Academy. She has been living in Surat, Gujarat, for a long time. Kashish started her career in the year 2015, following in the footsteps of her mother. Makeup is in the blood of Kashish as her mother, Priya, has been a well-known face in the industry since 2009.

She is a certified global makeup artist in various genres. Kashish has been practising since a young age and learned the major part of it from her mother. Her passion for making things look a certain way with her creative ideas has brought her the most fame. She, alongside her mother, accomplished their first venture called PK(Priya & Kashish) Make up Studio & Academy.

They were also awarded multiple times for the innovative ways of makeup. Kashish also received an award from Urvashi Rautela alongside her mother for makeup on a national level. This also got her a lot of appreciation from many international artists. Kashish's belief is to reach as many global platforms as possible to introduce their innovative makeup styles and techniques. Her social media is also a platform through which she wants to educate people and arrange seminars, academic classes, and even online appearances.

Kashish has worked with many well-known faces, including Fizah Khan, Nagma Mirajkar, Afsha Khan, Shanaya Khan, Sana Khan, Vaishnavi Patil, Rukaiya Khan, and others. From using new techniques to educating globally about makeup, Kashish delivered high-quality work and received recognition for her work. She aims to put a mark on the global map on behalf of India's makeup trends.