Saint Lukas Church was constructed in 1896, on the premises of the Chest Disease Hospital in Dalgate area of Srinagar. After being abandoned for five decades, this Church is all set to reopen on Christmas. Christmas is only a week away, and the century Saint Lukas Church at Dalgate in Srinagar is a busy site. Kashmiri labourers are now adding finishing touches to the heritage church, which is going to open its doors for prayers on Christmas day. 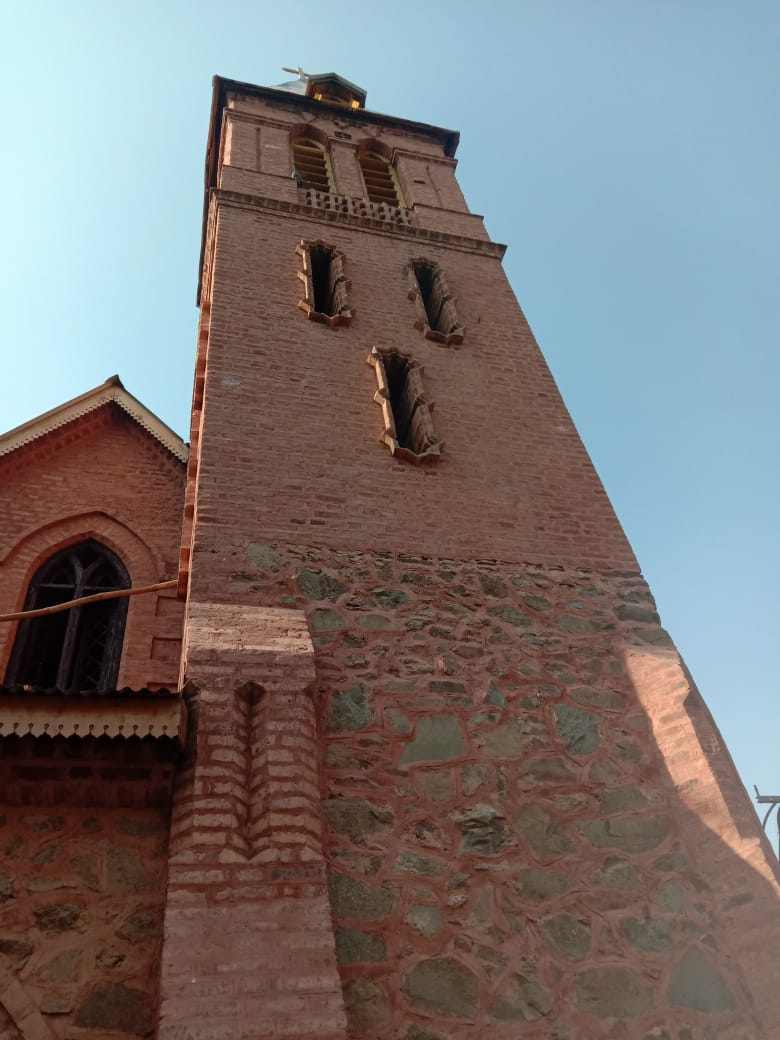 According to a tourism official Mohammad Afzal Reshi when the department of tourism started conservation and restoration work of the Church last year the Church was not even recognizable. Three of its doors were covered by trees from outside and the outer façade facing the road was also hidden from view because of overgrown trees. The church had also become the abode of pigeons.

“The vaulted ceiling has been redone with Kashmiri Khatamband with intricate patterns,” Naqshbandi says. Khatamband is a traditional Kashmiri art of making ceiling, by fitting small pieces of wood mostly walnut into each other in geometrical patterns. Khatamband work is handcrafted and nails are not being used.

Reshi says it took at least four months for the artisans to complete the Khatamband ceiling of the church and it has been restored to its original shape.

Around 15 rose windows and three main entrance doors and other interior work of the Church are in deodar. The windows and the doors weren’t damaged much.
Saleem Beg, head INTACH Jammu and Kashmir chapter, says since the Church was part of the Kashmir Mission Hospital and once the mission hospital didn’t remain with missionaries and they build other churches around Srinagar. And the Saint Lukas Church got neglected and later abandoned, he says.

Beg says the establishment of Saint Lukas Church was an important addition to the architectural landscape of Kashmir. “Till then we had seen Buddhist, Hindu and Islamic architecture. The architecture of this church was something that Kashmir had not seen and it was an important addition and its restoration is a commendable job,” he adds.
In the 1880s, when Kashmir Mission Hospital was built, Kashmir was mostly ruled by the British Resident. In 1985 Russian Empire seized the then-northwestern corner of Afghanistan triggering panic within the British Empire and also it led to another round of the great game between the two powers. Kashmiri historians say the British found Maharaja Pratab Singh corresponding with Russians compelling the British to relegate him to the ceremonial position. And with it, British Political Resident took over Kashmir and Britain ruled Kashmir in all affairs that mattered to it. 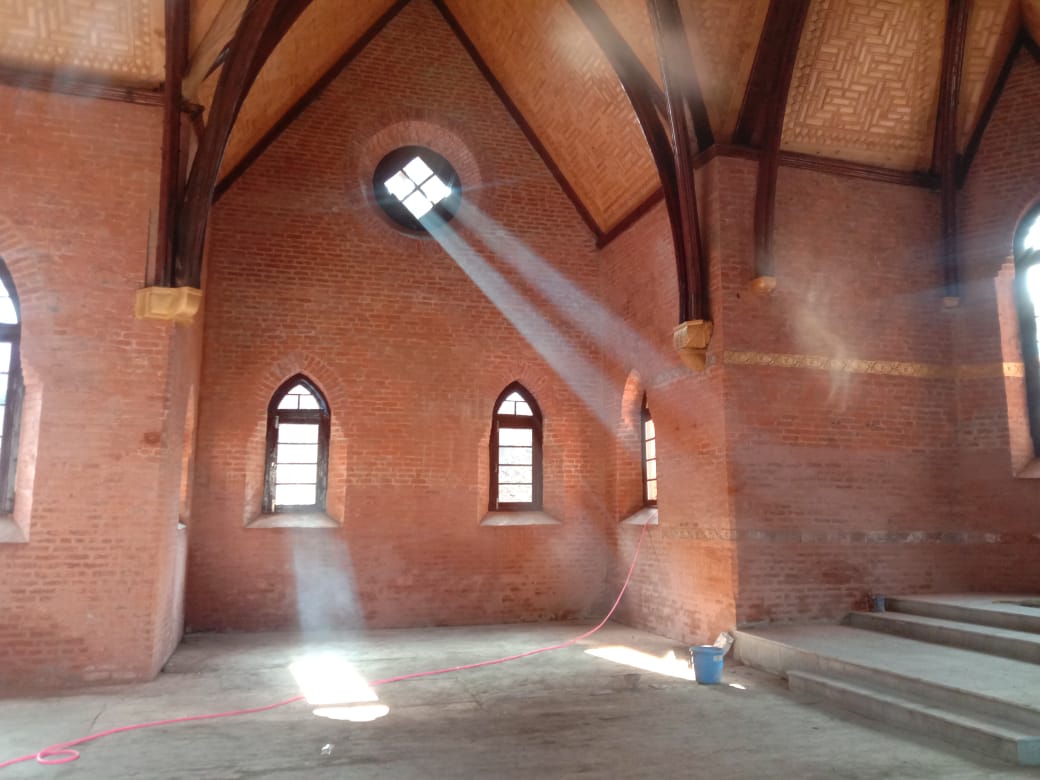 According to Gulzar Mufti, author of Kashmir in Sickness and in Health, the arrival of Neve brothers, Arthur and Ernest, in 1882 and 1886 respectively changed the healthcare system of Kashmir. Arthur had studied Medicine at Edinburgh in 1876 followed by two years later by his younger brother Ernest. Arthur on the call of Church Missionary Society arrived in Srinagar in 1882 and his brother Ernest joined him in 1886. They rebuild Kashmir Mission Hospital at Drugjan, Dalgate in 1888 and in the next eight years they came up with one of the best hospitals in the Valley on the hill facing Dal Lake. The Saint Lukus Church was part of the hospital complex. According to Dr Mufti over the years the hospital served Kashmiris, “men with sturdy ponies and long coats from Yarkand in Xinjiang China, Gurkha soldiers, Buddhists from Ladakh, Gujars from mountains.”