The government has so far dismissed over 20 employees from service on accusations of being a threat to the security of the State. 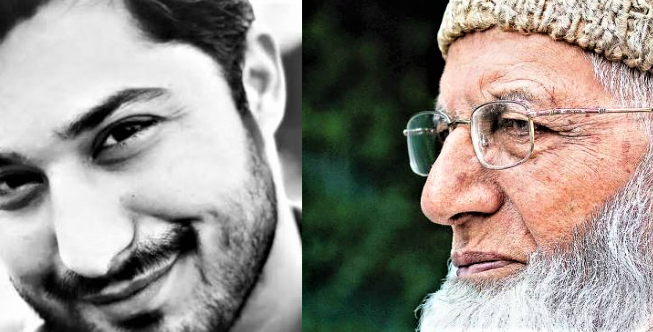 The government on Saturday evening dismissed two more employees from its services, including the grandson of late Hurriyat Conference leader Syed Ali Shah Geelani, on charges of threat to security of the State. Geelani’s grandson Anees-Ul-Islam was posted as research officer in Sher-i-Kashmir International Convention Centre (SKICC).

“The Lieutenant Governor is satisfied after considering the facts and circumstances of the case, and on the basis of information available, that the activities of Anees-ul-Islam, research officer in Sher-e-Kashmir International Convention Centre S/o Altaf Ahmad Shah R/o 119 MIG, Green Park, Bemina, Srinagar A/p Bachpora, Srinagar, are such as to warrant his dismissal from service,” reads the order issued by the General Administrative Department.

“The LG is satisfied under sub-clause (c) of the proviso to clause (2) of Article 311 of the Constitution of India that in the interest of the security of the State, it is not expedient to hold an enquiry in the case of Mr. Anees-ul-Islam… [etc],” the order says. “Accordingly, the LG hereby dismisses Mr. Anees-ul-Islam from service, with immediate effect.”

Like other cases, the government hasn’t given any explanation about the case, or presented a chargesheet, barring the plain order of dismissal from service.

A similarly worded order was also issued in the case of Farooq Ahmad Butt, teacher (RReT) in GMS Kathawa, Doda in Jammu division.

Anees-ul-Islam was appointed as research officer in SKICC in 2016 during the BJP-PDP coalition government headed by then CM Mehbooba Mufti, while Butt was appointed on contract in 2005, which was regularised in 2010.

In May this year, the government set up a Special Task Force to identify and scrutinise cases of employees who are involved in cases that could pose a threat to the country’s security or anti-national activities. The General Administration Department constituted the STF under chairmanship of the additional director general of police (criminal investigation department), to scrutinise all cases of employees suspected of activities requiring action under the proviso (C) of Article 311(2) of the Constitution of India, under which, the government is empowered to terminate an employee without recourse to the normal procedure, if it is satisfied that his or her retention in public service is prejudicial to the security of the State.

The government has so far dismissed over 20 employees from service on accusations of being a threat to the security of the State. In September, it issued another order informing employees that they are “mandatorily required to maintain absolute integrity, honesty and allegiance to the Union of India and its Constitution and do nothing which is unbecoming of a government servant”.

The order says action will be initiated against government employees who fail to report relatives, persons sharing residential space or associates who are connected with any foreign government, associations, foreign nationals known to be directly or indirectly hostile to India’s national and security interests. It says action will be taken against employees in case they fail to report an unauthorised association with a suspected or known collaborator or employee of a foreign intelligence service.