Kashmir Separatist Leaders To Protest Against NIA In Delhi Tomorrow, J&K Govt Says 'Will Not Stop Them'

The government on Friday released Jammu and Kashmir Liberation Front chairman Muhammad Yasin Malik from the Central Jail in Srinagar. 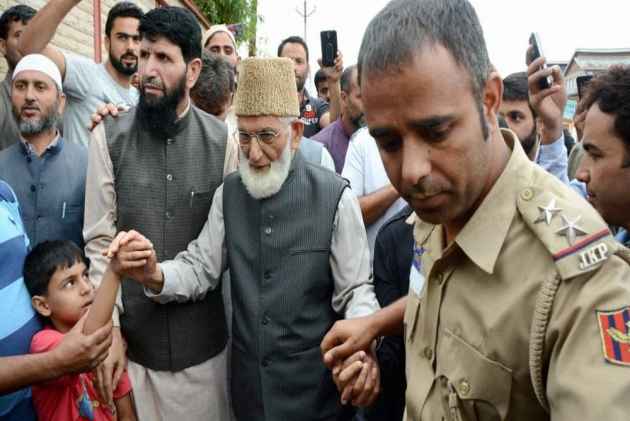 Three top separatist leaders Syed Ali Geelani, Muhammad Yasin Malik and Mirwaiz Umar Farooq will go ahead with their decision to protest outside the National Investigation Agency (NIA) in New Delhi on Saturday.

With his release, the state government has made its intensions clear that it would allow the separatist leaders to leave for New Delhi to stage the protest outside the NIA headquarters.  Director general of police J&K SP Vaid said the separatists would be allowed to move to New Delhi.

“We have released all of them. If they move to Delhi, the situation in Kashmir will become normal”, Vaid told Outlook on phone.

According to a statement issued by the separatist leaders, Malik and Mirwaiz, would first reach Geelani’s residence at uptown Hyderpora and then  they will leave for New Delhi.

“We are going ahead with our programme”, Malik told Outlook on phone.

On Wednesday, Malik, Mirwaiz and Geelani addressed a press conference at Jamia Mosque in Srinagar, saying if the whole “drama” by the NIA was being enacted to get to the three leaders, they were ready to go to jail anytime.

“There is no question that we can be pressured to move away from the path of seeking justice and resolution of the Kashmir dispute in accordance with the people's aspirations and wishes,” a joint statement issued by the leaders said.

“Members of business community and the media are also being targeted, harassed and jailed, while writers, intellectuals, artistes, members of civil society or anyone, who raises a voice against the oppression is intimidated by sending of the notices,” the separatist leaders said.