Srinagar recorded the coldest night of the season so far at minus 1.6 degrees Celsius as cold conditions continued in Kashmir on Monday and the minimum temperature settled below the freezing point across the valley, officials said. 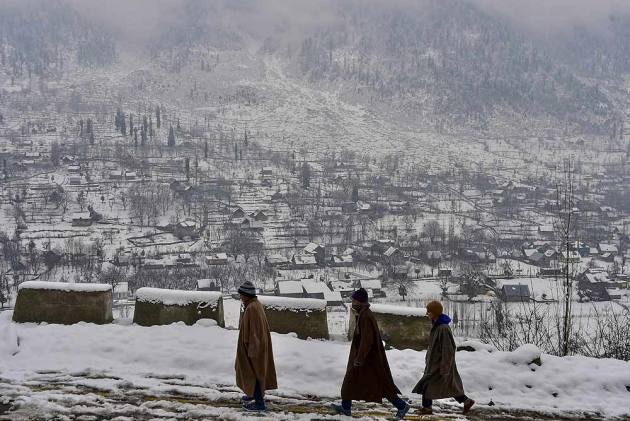 The valley has been experiencing sub-zero nights for the past few days as the mercury has gone two to three degrees below normal for this part of the season at most of the places, MET officials said.

The officials said Pahalgam, which serves as the base camp for the annual Amarnath yatra, recorded a low of minus 3.7 degrees Celsius. Pahalgam was the coldest recorded place in Kashmir. Gulmarg resort in north Kashmir's Baramulla district recorded a minimum temperature of minus 0.8 degrees Celsius.

The MET Office has said the weather will most likely remain dry but cold till the end of this month. However, there is possibility of light snowfall over some parts of north Kashmir on November 25, it said.

The wintry conditions in Kashmir have set-in much ahead of the beginning of extreme harsh weather conditions which usually start around the third week of December. 'Chillai Kalan', the 40-day period of harsh winter in Kashmir, begins on December 21 every year.