Meager Salary, No Insurance: Sudden Death Of Maqbool Sahil Sparks Debate Over Condition In Which Journalists Function In Kashmir

2018-03-28T17:51:54+05:30 Meager Salary, No Insurance: Sudden Death Of Maqbool Sahil Sparks Debate Over Condition In Which Journalists Function In Kashmir 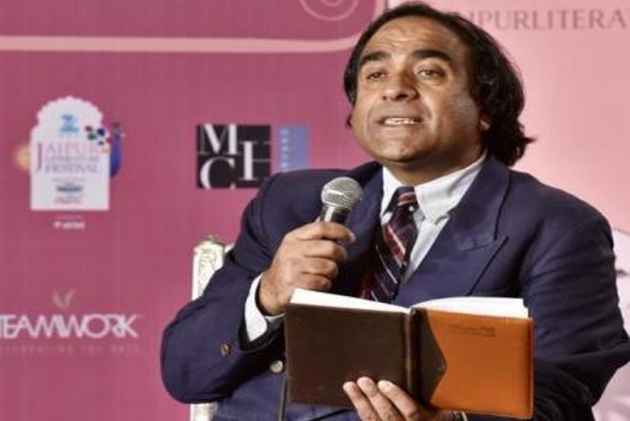 An intense debate is going on among the journalistic community in Kashmir after the sudden death of 50-year-old Maqbool Sahil. Sahil was working with a local Urdu newspaper, Kashmir Parcham run by Kashmir Media House.

The debate, which is turning acrimonious and accusatory, is telling commentary on the working condition and adverse security environment in which journalists function in Kashmir.

Some argue that Sahil should be provided with all kinds of financial help. The government has already announced that it would provide monetary help to Sahil’s family and sanctioned Rs 5 lakh to the family.

The Kashmir Editors Guild and the Kashmir Media House have welcomed the announcement and thanked the government for the support.

However, others say his death has been made a spectacle and he denied dignity after his death. They argue all this could have been done without going to the public, parading each and everything about Sahil on social media. They argue he lived gracefully and was robbed of all grace after his death. While some even posted pictures of his body, may be out of pure love and affection but it didn’t go well with others; they found it reprehensible and gross.

Sahil was an Urdu writer, poet and a broadcaster. He started his career as a photojournalist. While he was working with a local weekly, he was arrested on charges of espionage and then released after around four years. That time no one protested against his arrest, and in fact, no one sought his release. Journalist bodies remained silent. Perhaps, the reason might be the fear of reprisal. That if they could lay hand on him, they can lay on us too.

But his death has shaken the journalistic community in Kashmir. Being detached from each other, not having even a press club, usually, journalists of the Valley don’t interact much with each other. But after Sahil’s death, when many of his colleagues visited his village in Kokernag area of south Kashmir, they were appalled to see the poverty in which his family is living. Sahil is survived by five sons, a daughter and a wife. When he was in jail, it was his handicapped brother who would help his children to carry on with education.

About his arrest, Sahil told a national magazine a few years ago, that “Once I was inside my cell, I wondered aloud: Where am I? A voice filtering through the slit in the steel door told me that I was in the Hariniwas, an interrogation chamber in Kashmir. I was picked up on September 16, 2006, by the Counter Insurgency Kashmir [a special wing of J&K Police that deals with terrorism-related cases] which accused me of spying for Pakistan. My family was not informed about my arrest. When the interrogation started, I was least prepared for the ordeal. They bombarded me with questions: Who else is working with you for Pakistan? To whom are you sending pictures from Kashmir [he is a photo-journalist]? When they did not get the answers they wanted, the torture intensified. I was subjected to sleep deprivation and was denied food for the first three days. I was kicked and beaten with a rubber baton. They then chained my hands and left me hanging from the top of a door. They told me in no uncertain terms that unless I confessed that I was spying for Pakistan, I would not see my family again. I cried often. Sometimes I thought I would die in that dark torture cell and no one would ever know about it.”

Sahil accused the then senior superintendent of police, Ashkoor Wani, of torturing him.

“My hands were tied behind with a rope, one end of which was rolled over a metal pipe fixed to the ceiling. They pulled the rope and I was hanging in mid-air. It was very painful. I felt as if my brain was going to burst. Every time I was subjected to this torture, I collapsed and lost consciousness. The torture would then stop, only to restart when I regained consciousness. When they were tired of it, they stretched my legs wide and the balls of the joints were displaced. I could not walk properly for six months after that.

"There were over 30 people detained there. I didn’t know where they were from. But they all were terrified and silent. After 15 days, the CIK prepared a dossier on me and I was detained under the Public Safety Act for over three years. I was released in January after the police failed to press charges against me in the court.”

The detention centre has since been shifted to Humhama area in Budgam district.

In 2013, he told The Wall Street Journal that he was jailed simply for doing his jobs.

After his release, he again started working as a reporter. His book Shabistani Wajood (The Darkness Inside) did well. But it didn’t help him financially. Now that the Editors Guild and other organisations are out to provide monetary help to his family, and the organization, with which he was working, the Kashmir Media Group, has assured that it will continue to release his salary, such steps are appreciated by the reporter.

But it has not ended the debate. Many ask why salary of journalists in Kashmir is meager? Why shouldn’t local newspapers pay their reporters that be commiserate with the advertisements they receive from the government. The government’s Information department alone says it provides around Rs 40 crore advertisements annually to the local papers. Barring, a few newspapers, none provide a decent salary to their reporters.

Why are reporters denied an insurance cover in spite of working in the conflict area? Why don’t local reporters have health risk allowance? Why when a reporter is arrested or harmed, fraternity maintains silence? At least it is true in case of Sahil. Remember, reporters here work in the conflict area and are vulnerable to any situation. Remember, many journalists have received bullets, got injured, recovered and are alive and reporting. Many have died and forgotten.

And also why those who picked up Sahil and later failed to frame charges against him should not be held accountable what he and his family went through over the years.

In the conflict area like Kashmir, a reporter is always a target. He is seen as an intruder by many interest groups here. In such a situation, reporters insist, the owners of the newspapers and the journalist bodies should make “welfare and safety of reporters a common cause.” They have been arguing that the owners must ensure that a journalist should be financially secure and should have job security and he should have this security that in case of danger, he will not be left alone.

Whether in these times, when the NIA comes out with a definition of “good journalist” and “bad journalist”, can newspaper owners and the reporters make the welfare and security of reporters a common cause or not, only another sad incident will reveal it all.