Why Iranian Apples Are Spoiling The Market For Kashmiri Apples

Kashmir’s apple orchardists are facing a huge challenge because of unregulated import of Iranian apples. Will the famous Kashmiri apple lose market? 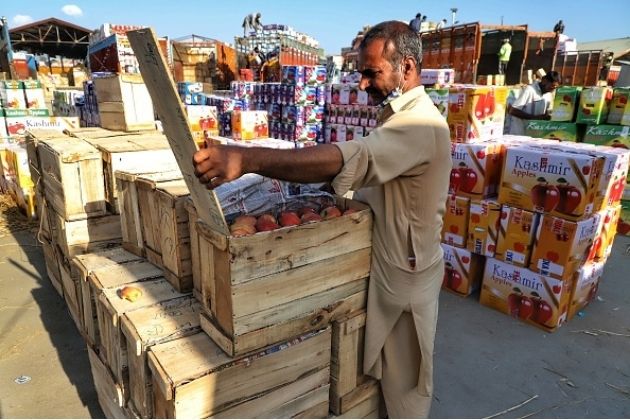 For years, Adnan Khan, 35, would dump his apple into cold storage and delay their sale to the offseason when he would get a higher price in Indian fruit markets. The government supported cold storage chains set up in Kashmir has helped growers to store apples for a longer period without compromising their quality and sell them at a better price after March when the supply is less.

Like Khan, over seven lakh apple growing families in Kashmir have moved beyond government employment and got into the profit-making apple business. After harvesting apples this year, Khan, an orchardist from south Kashmir’s Shopian, was quick to pack and sell 3,000 boxes of apples. He didn’t send the apple boxes into cold storage. “I could have waited and earned good profit but by October 2021 news about the import of cheap apple from Iran by India was doing rounds here and I didn’t want to take any risk,” he says.

Others were not so lucky. In south Kashmir, apple harvesting starts late as compared to north Kashmir. And after harvesting, it takes time to pack them and transport the product to different mandis across the country. Khan says the early snowfall in the southern region in early October caused heavy damages to apple orchards. Soon after the snow, he started harvesting and transported production quickly to Delhi.

“I have a sense of the market. Last year also Iranian apple was seen in the market. This year I thought it will be at a higher scale. I was proved right,” he says.

Kashmir’s apple economy faced a major crisis after the Centre government-imposed restrictions on public movement on August 5, 2019, to thwart protests against the abrogation of Article 370. With no labourers around, the delayed harvest that year led to losses. 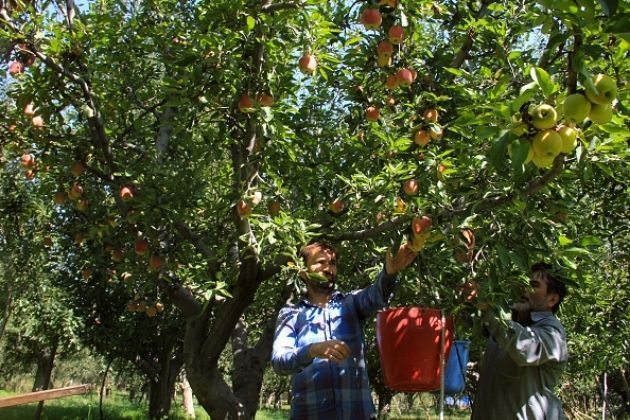 In the spring of 2020 due to the pandemic lockdown fruit growers couldn’t visit their orchards to spray pesticides. This, according to them, led to scab diseases affecting around 60 per cent of the crop.

And now Kashmir’s apple industry is facing another challenge due to the unregulated import of Iranian apples.

Thousands of growers had stored their produce in cold storage to send it to outside markets in March and April. However, due to the unregulated import of Iranian apples, there are no buyers of Kashmiri apples.

“We are not afraid of Iranian apple import and competition from it. We are afraid of the duty and custom free Iranian apple that is coming into the country and sold at a cheaper price. You cannot compete with a product that is being sold at a very cheap rate,” Khan says.

He says over the years Kashmiri apple is competing with American apple that is being imported in the country. “Let Iranian apple come through all official systems, let it be not duty and custom free and then let it compete with us,” he adds.

Bashir Ahmad Bashir, President of Kashmir Valley Fruit Growers Dealer's Association, says the supply of Iranian apples in India has severely damaged the price of Kashmir apples in the market. He says till Diwali the market was fairly good for Kashmir apple but suddenly after Diwali things started changing for the worst.

Gulzar Ahmad, a grower from South Kashmir’s Shopian district, says over the years pesticides rates have increased by almost Rs 1,000 per kilo saving production from scab, mite, leaf infection, and other diseases. The price of wooden boxes in which apples are packed has gone up to Rs 100. He says labourers to pick apples from trees demands Rs 800 per day. “The basic cost of Kashmiri apple including transportation from the Valley is around Rs 600 to Rs 800 and if it sells in the market at Rs 500 a box, it will play havoc with Kashmir’s horticulture economy,” he adds.

According to officials this year the valley saw 21.50 lakh MT apple production and still 1.87 lakh MT are still in the cold stores.

The annual production of apples in the Kashmir Valley ranges from 1.5 million to 1.8 million metric tons and the total cold storage capacity in the Valley is 1.20,000 to 1.30,000 MTs. The valley’s biggest economy, Rs 10,000 crore apple industry, provide a livelihood to around 3.5 million people in the region.