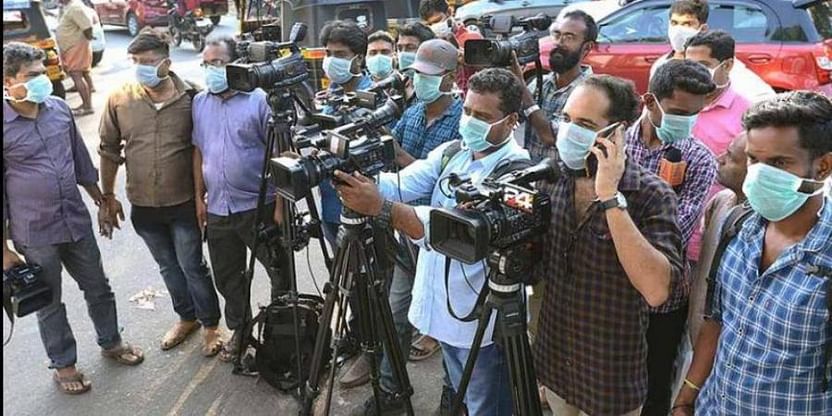 Kashmiri journalists told a three member fact-finding committee of Press Council of India (PCI) on October 15 that they are working in an extremely hostile environment and asked the PCI to intervene and ensure better conditions.

“We’re pleased to know that the PCI is touring Kashmir in order to find facts about the state of journalism in Kashmir after the abrogation of Article 370/35-A. You are already aware how journalists have suffered in the past two years…journalists in Kashmir are working in an extremely hostile environment. We seek your attention toward our concerns,” a delegation of the Jammu & Kashmir Journalist Association told the PCI team.

They told the PCI that the internet shutdown following the abrogation of Article 370 on August 5, 2019—the longest in years--caused immense problems for journalists. They had to wait in long queues at a government facility where internet access was provided in an open space.

“Mediapersons have endured the worst ever crisis as several journalists were beaten in the line of duty. Azaan Javaid (The Print) and Anees Zargar (Newsclick) were thrashed and abused by the police near Jamia Masjid in 2019. Shafat Farooq, a BBC journalist, was mercilessly beaten outside the masjid in March this year. Veteran freelancer and editor of The Kashmir Walla, Fahad Shah has often been summoned to police stations for years now,” they said.

They said police, paramilitary personnel and NIA sleuths raided the homes of four senior journalists in September, seizing their phones as well as those of their family members, along with laptops, other gadgets and passports. They were also questioned in a police station. “One of them is effectively jobless--his employer sacked him immediately after the raid,” the delegation said.

Even when the PCI panel was in the Valley, said the delegation, freelance video journalist Mukhtar Zahoor was picked up from his home in the middle of October 12 night and detained in a lock-up at Ram Munshi Bagh police station. According to the Kashmiri journalists, “He was let go the next day as the police said, ‘the doubts were cleared’.” They also narrated how a prominent TV panelist, Majid Hyderi, was summoned to a counterinsurgency camp and questioned for hours.

“We expect problems faced by journalists to be addressed forthwith. There are hundreds of journalists working in local media outlets. Scores of them have been laid off and almost all face pay cuts. They had already been working on unreasonable salaries. We seek your attention to the absence of a proper mechanism, on the lines of a wage board, about the fixation of remunerations for those working in newspapers here,” the delegation stated.

The team visited Kashmir following a letter by former chief minister Mehbooba Mufti to the Press Council of India, asking it to take notice of the harassment of Kashmiri journalists, including raids and constant snooping and send a fact-finding team to independently verify these claims. She had said that one hoped the PCI would take suo motu note of these incidents, but that no established watchdog, including the courts, took any interest.

“I am sure you are aware that raids were conducted by police at the homes of several journalists in Kashmir earlier this month…. This comes close on the heels of the harrowing experiences that the journalist community in Jammu and Kashmir has been subject to after the abrogation of Article 370,” Mehbooba’s letter said.

Her letter also criticised the “unwarranted harassment of journalists…by raiding their homes, summoning and interrogating them on frivolous grounds such as innocuous tweets,  conducting background checks of journalists and their family members by the CID, and the withdrawal of benefits, including accommodation of some senior journalists”.

Her letter continues: “Reportedly, 23 journalists have been put on the exit control list. Even students who bag scholarships in prestigious colleges in top universities of the world are not allowed to go. Recently, a student was deboarded from a plane, arrested and subsequently released.”

Several journalists, Mehboba’s letter says, were either threatened or charged with sections under UAPA or the sedition law, simply because their reportage on J&K does conform to the demands of the Centre. “Reporting truth to power is being criminalised with every passing day,” she says.

Along with her letter, Mehbooba had also enclosed a copy of a questionnaire given to journalists under watch, in which they are supposed to reveal information about their political and religious allegiances.