The lead pilot Abid Sultan was smoking continuously inside the cockpit, and a series of erroneous decisions led to the crash of the Flight BS211, as per the investigation by Nepal government. 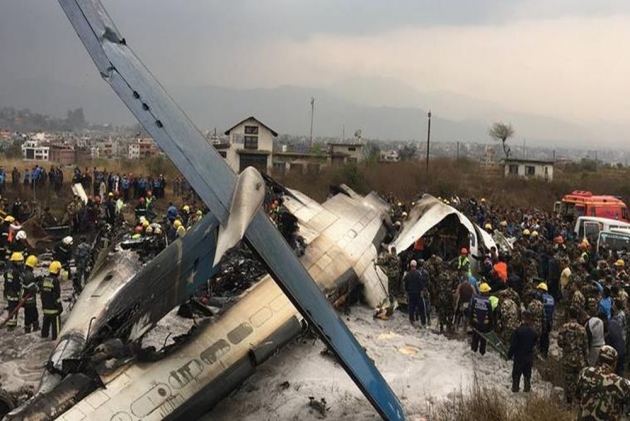 An investigation into the US-Bangla plane that crashed at Kathmandu’s Tribhuvan International Airport on 12 March, killing 51 people has revealed that the lead pilot was smoking continuously inside the cockpit during the one-hour flight from Dhaka to Kathmandu.

The official investigation by the Nepal government reveals that Captain Abid Sultan was under tremendous mental stress and anxiety, and a series of erroneous decisions on his part led to the crash of the Flight BS211.

The report added that Abid Sultan had lied to air traffic control (ATC) about carrying out the proper procedures for landing, was behaving erratically and was smoking continuously during the flight. The report also suggests the pilots seemed disoriented while landing and had lost sight of the runway.

Earlier, the chief of Bangladesh's probe body had ruled out that the aircraft had any technical glitch before taking off for Kathmandu.

The Dhaka to Kathmandu flight, with 67 passengers and four crew members on board, caught fire after it careened off the runway and ploughed into a football ground near the Tribhuvan International Airport in Kathmandu. The crash was recorded as one of Nepal's worst aviation disaster in more than 25 years.

The investigation team in its recent reports has also  said that a former Bangladesh Air Force pilot, Sultan had a history of depression, which was not reviewed by the US-Bangla airline when he was hired.

Sultan had been removed from active duty in the Air Force after a psychiatric assessment in 1993 before he rejoined in 2002. However, medical assessments made during 2002-2018 did not indicate any mental health issues and found him fit for flying, the report also said.