The BJP leader in Madhya Pradesh today claimed a "Pakistani hand" behind the gang rape and murder of an eight-year-old girl in Jammu and Kashmir's Kathua region. 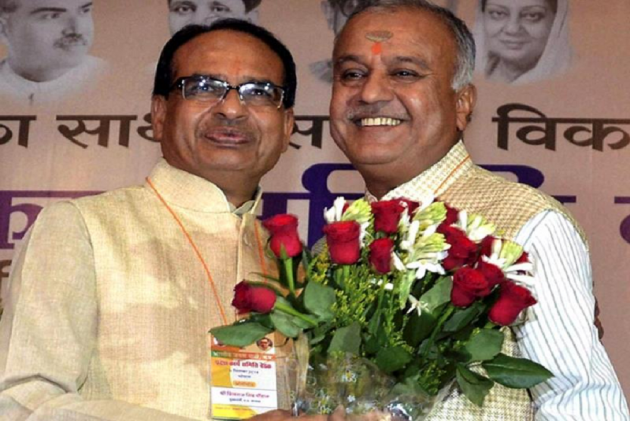 BJP state president Nandkumar Singh Chouhan, who was participating in a fast organised here in protest against the washout of parliament's budget session, told reporters, "The act (Kathua rape-murder) must have been committed by Pakistan's agents to divide people by chanting Jai Shriram".

The BJP leader in Madhya Pradesh today claimed a "Pakistani hand" behind the gang rape and murder of an eight-year-old girl in Jammu and Kashmir's Kathua region.

He was responding to reports that slogans of 'Jai Sriram' were raised following the incident.

"If slogans of Jai Shri Ram were shouted on the rape of the girl, it must be the handi work of Pakistan's agents who want to create differences between us," Chouhan said.

"Hindus are less than one per cent in Kashmir. They cannot even open their mouths, then how can they shout these slogans?" he asked.

The BJP leader, however, termed the incident as a "blot on humanity".

The eight-year-old girl was allegedly raped by six men who had held her in captivity in a small temple village for a week in January. She was allegedly drugged so that she could be sexually assaulted again before being bludgeoned to death, according to police.