The new bike draws inspiration from the legendary Kawasaki Z1 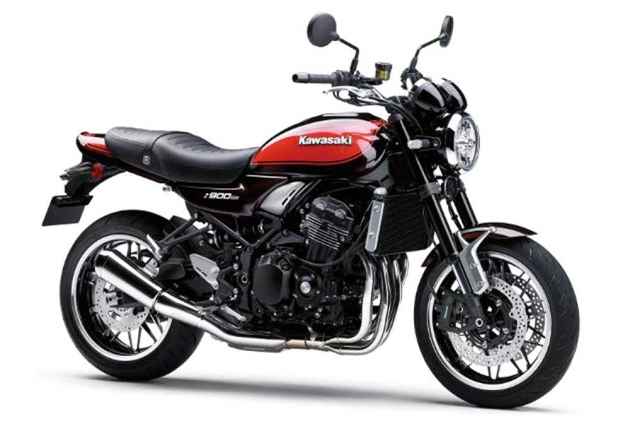 The rise of modern classics in Europe has seemed to piqued interest in the Land of the Rising Sun too. First among the Japanese bikemakers to jump on this bandwagon is Kawasaki with the Z900RS, a bike that is inspired by the 70’s Kawasaki Z1.

The Z900RS carries forward the old-school design in the form of a teardrop-shaped tank, side panels, flat ribbed seat and long tail piece. The exhaust too carries the same angle, though it is a single four-into-one unit as opposed to the four-into-two twin exhausts on the original. Underneath the retro design hides modern instrumentation. The retro-looking headlamp, taillamp and turn indicators use LED lighting. The twin-pod instrument cluster too has analogue meters but hides an LCD display in the middle.

The riding position is street-oriented, with a flatter handlebar and low and forward-set footpegs that points to upright ergonomics. The frame is from the Z900 but has been reworked to fit the retro fuel tank and seat. The 17-inch alloy wheels have an old-school design with a machined rim for that old-school effect. Suspension components comprise of adjustable 41mm upside-down forks and a side-mounted adjustable monoshock damper from the Z900. The bike weighs 215kg (kerb).

The 300mm dual discs have monobloc callipers, as opposed to the Z900 which come with conventionally mounted units. It gets ABS as well. Other rider tech on the Z900RS are two riding modes and traction control. We expect both these features and monobloc brakes to make their way to the next Z900 update.

The 948cc liquid-cooled inline-four motor from the Z900 has been reworked for better low-end performance. Power and torque have dropped from the Z900’s 125PS and 98Nm but come early in the rev range. The Z900 RS makes 111PS at 8500rpm and 73Nm of torque at 6500rpm. The gearbox ratios have been altered as well. The Z900RS gets a shorter first gear for better initial grunt and taller sixth gear for relaxed cruising at high speeds. The six-speed gearbox comes with a slipper clutch.

Kawasaki has been bullish in India, with plans to open ten new dealerships. It has been wanting to introduce a retro model in India for a while now and it nearly did with the Kawasaki W800. We expect Kawasaki to get the Z900 RS here along with the new Ninja 400 by early next year. When launched here, the Z900RS is expected to be priced around the Rs 7.75 lakh mark (ex-showroom India).