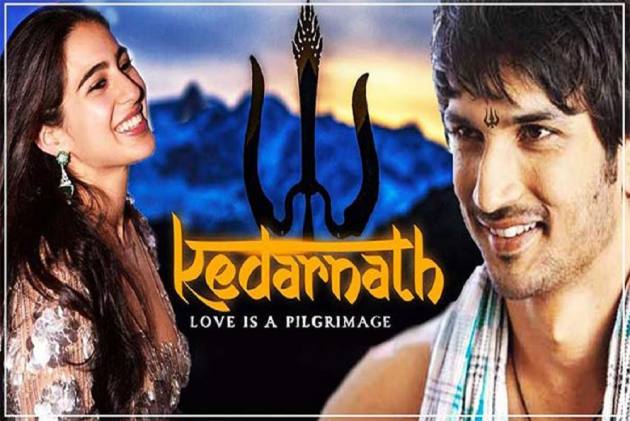 Sara Ali Khan’s debut film Kedarnath is finally set for release on December 7 this year. Sara’s mother Amrita Singh is extremely happy seeing her daughter’s performance. The first teaser and a poster of the film directed by Abhishek Kapoor and starring  Sushant Singh Rajput as its male lead, was unveiled and is getting a good response.

Amrita Singh, was extremely happy after watching the teaser of Kedarnath and was full of praises about her daughter’s beauty and performance. She also urged fans to pray for Sara as it is her first film. Apart from lauding her, she also gave her an advice and that was for her to be grounded always.

The film is a love story set in the backdrop of the devastating Uttarakhand floods of 2013, the teaser of which also features a passionate kiss between Sara and Sushant. The story of a Hindu pilgrim (played by Sara) and a Muslim porter (played by Sushant), the teaser shows how the two struggle to keep their love alive, faced by the wrath of nature. While Sara is shown as a rebel, Sushant plays the reserved and reticent porter. He lives with his widowed mother, in a hamlet and makes a living by carrying pilgrims to the Kedarnath temple on his back. The chemistry between the lead pair is definitely one of the talking points of the teaser.